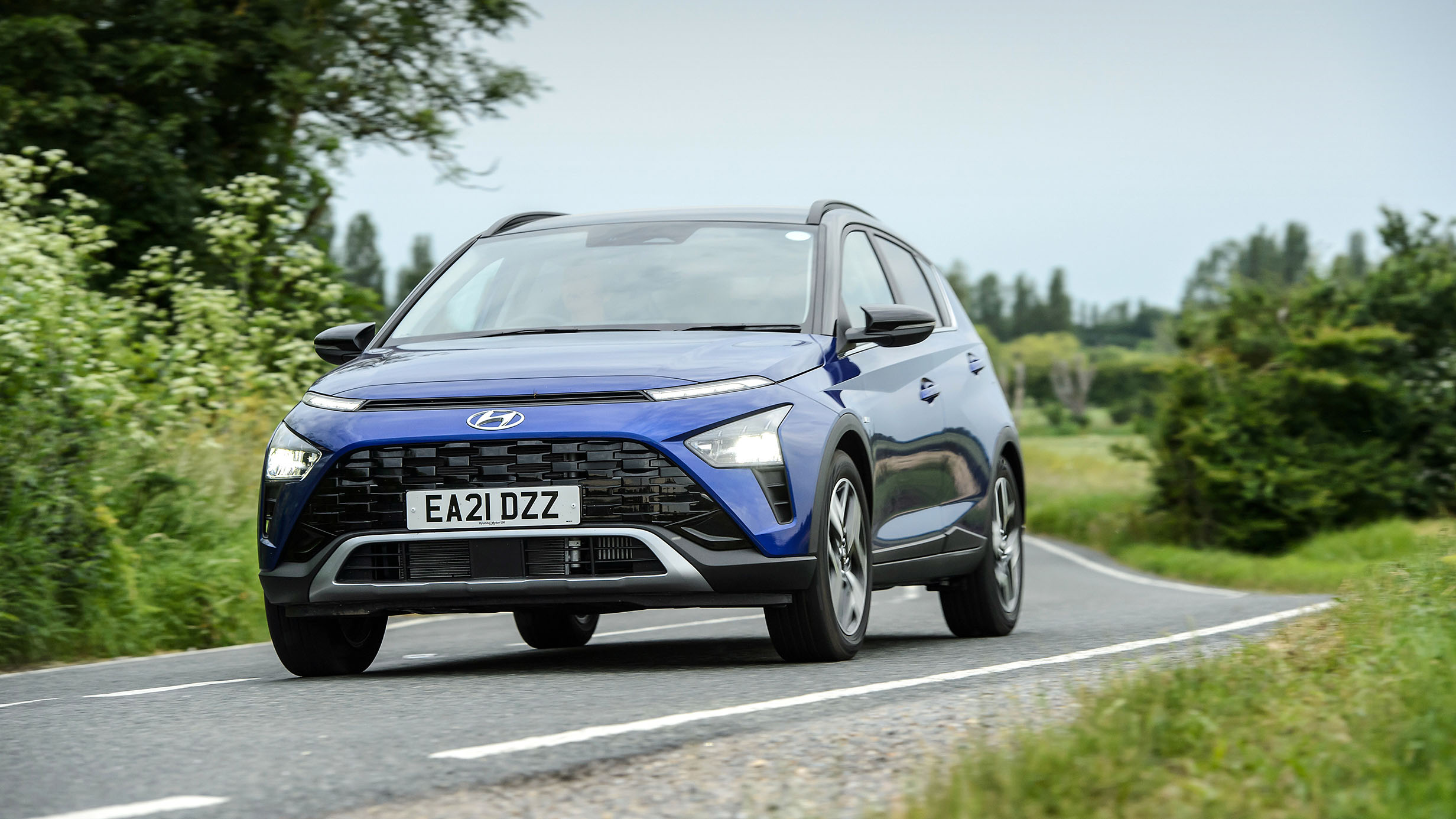 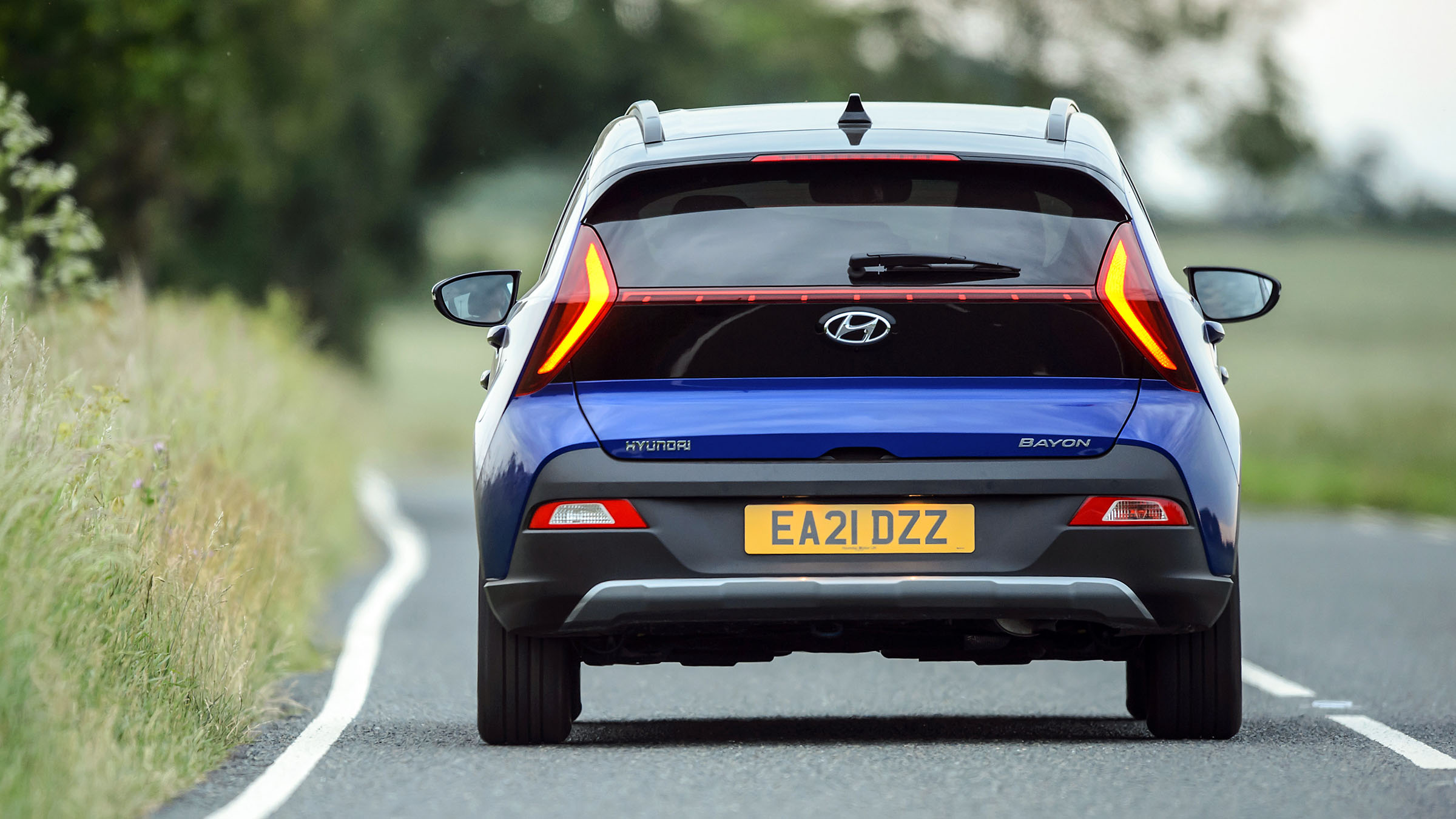 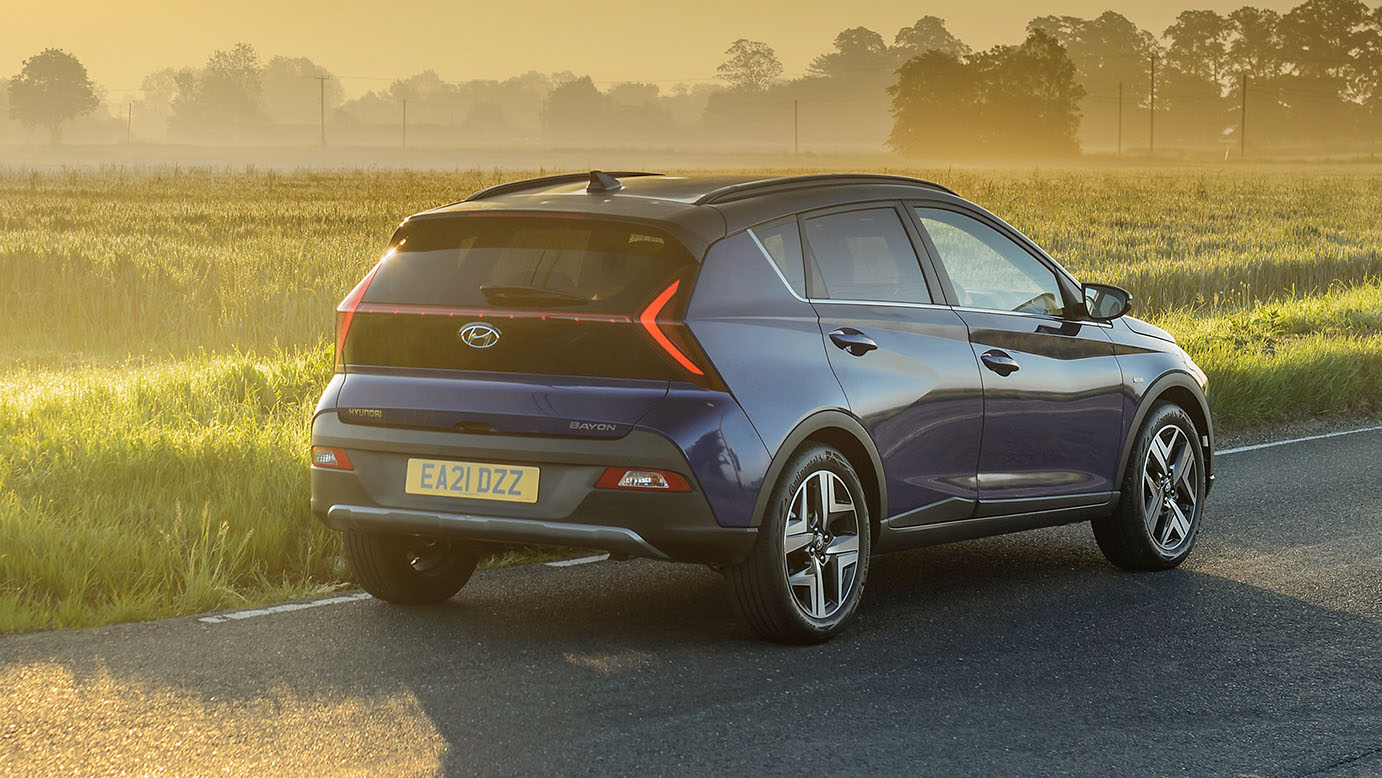 1 / 15
Advertisement
“Manages to be pretty good at everything without being exceptional at anything, but it’ll be a doddle to live with ”

Comfy ride. All the space, tech and features you’d expect for a £20k crossover

And all of the tedium too. Weird digital clutch takes some finesse

The Bayon is now Hyundai's smallest crossover. It costs from just over £20k and it has all the hallmarks of being a slightly taller, boxier version of the i20 supermini. A sensible hatchback then, but one that’s easier to get in and out of.

We used to call these things mini-MPVs, but now marketing bods have sussed out that people buy more of them when they are styled to look like miniature 4x4s.

Where does the Bayon live in the line-up?

Hyundai does a decent line in crossovers. The Kona - the next one up in size and price – still looks the business and it’s among the most fun of the breed to drive. The latest Tucson looks like a concept car that escaped from the design studio in the middle of the night. And if you want a car that’s almost as roomy and at least as comfy as a Land Rover Discovery for about half the price, we’d recommend checking out a Santa Fe.

Continuing Hyundai’s trend for weird names on its tall cars as opposed to the ‘numbers’ badges on the standard hatchbacks, the Bayon ticks all the boxes you’d expect. It has creasy, grumpy-looking styling and lots of LEDs stuck to either end. Roof rails and those silver bumper sections hint at outdoorsyness.

What are the technical highlights?

Of course, there’s no four-wheel drive here: just a 48-volt hybrid-boosted 1.0-litre three-cylinder turbo engine. Choose either 99 or 118bhp, and a six-speed manual or seven-speed DCT automatic to drive the front wheels. You can tell it’s got hybrid gubbins because there’s a ‘48V’ badge on the front wing. So long, ‘turbo injection’ badges. Maybe people will presume it’s got 48 valves.

Inside, the dashboard comes from the latest i20, as do the screens, the climate controls… the lot, basically. That means it’s feature-packed and well-screwed together, if a bit shiny-grey in places.

There’s plenty of space, visibility is a strong suit, and there’s lots of driver aids and safety gadgetry on the top ‘Ultimate’ trim. It’s a car that ticks a lot of boxes, then, but doesn’t especially try to think outside of one. 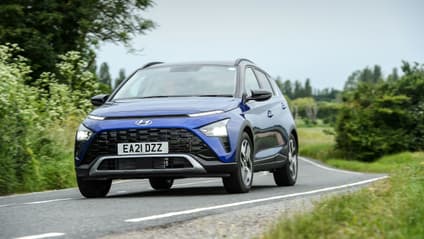 “New niche-filler ticks the sensible boxes and looks all scowly. Your cool grandma is going to love hers”

The Bayon is a painfully worthy, sensible car. Spacious, roomy, mostly easy to operate and inoffensive to drive. It has clearly been benchmarked against a great many successful cars to within an inch of its life, and apart from the angry Pokémon styling, will offend as few people as it’s physically possible for a car to annoy.

Thing is, small crossovers are an intense battleground on planet car. Everyone’s got one. Had to, since the Nissan Juke reared its ugly head and promptly became a money-printer for Nissan. They’re slowly cannibalising the sales of ordinary heartland superminis, and having people questioning the sanity of owning a big family-sized SUV once the kids have left home, or now they’re working from home more often.

So the Bayon’s only real gripe is that while it does a great many things very well indeed, it doesn’t really do anything exceptionally or memorably. If you simply want safe, easy-going transport that’s fine: this is a well-priced contender that’ll be cheap to run and impressive value for money.

Whenever there’s a car in this class that has a USP (Ford Puma: handling, Citroen C3 Aircross: quirkiness, Toyota C-HR: hybrid drive and mad looks) they instantly rise above the others.

The Bayon is probably a stronger all-rounder than a Kia Stonic, VW T-Cross, Seat Arona or Renault Captur, but it doesn’t do much besides to really stake a claim to be king of crossovers. We suspect you’ll buy the one that you like the look of the most, and if that happens to be this one, then it’s a worthy, sensible bit of kit.