£430 p/m
External link to
with Leasing.com
Read why you can trust our independent reviews
Top Gear Team
Published: 09 Jun 2021
Skip 15 photos in the image carousel and continue reading 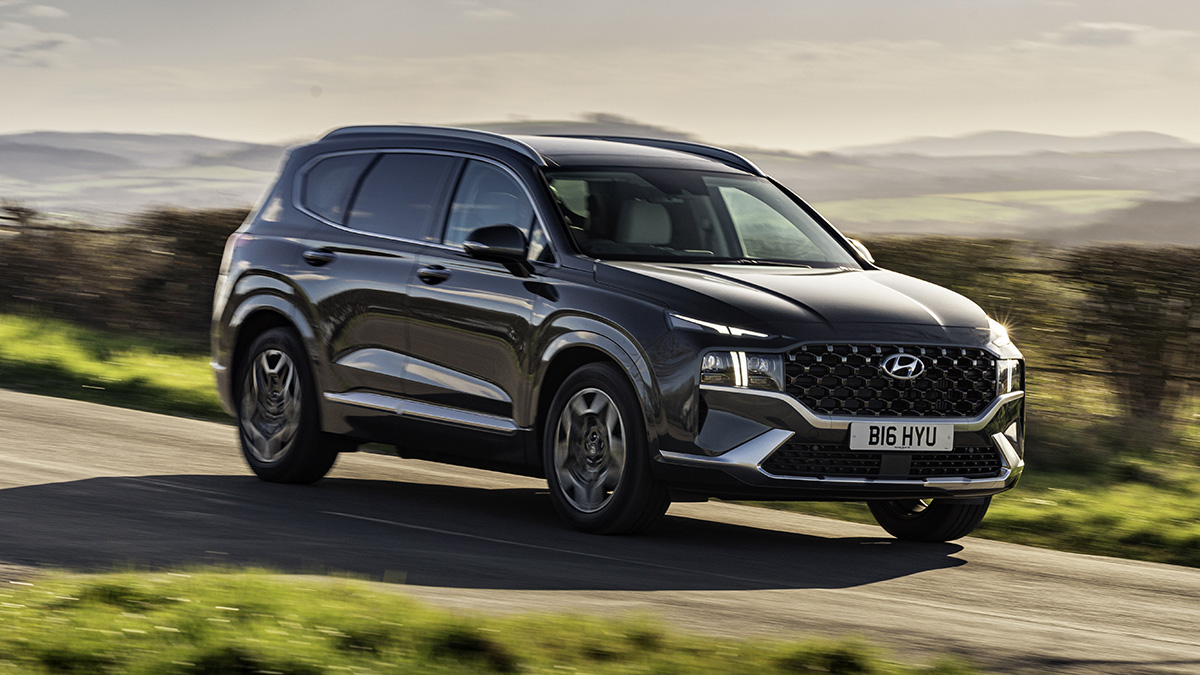 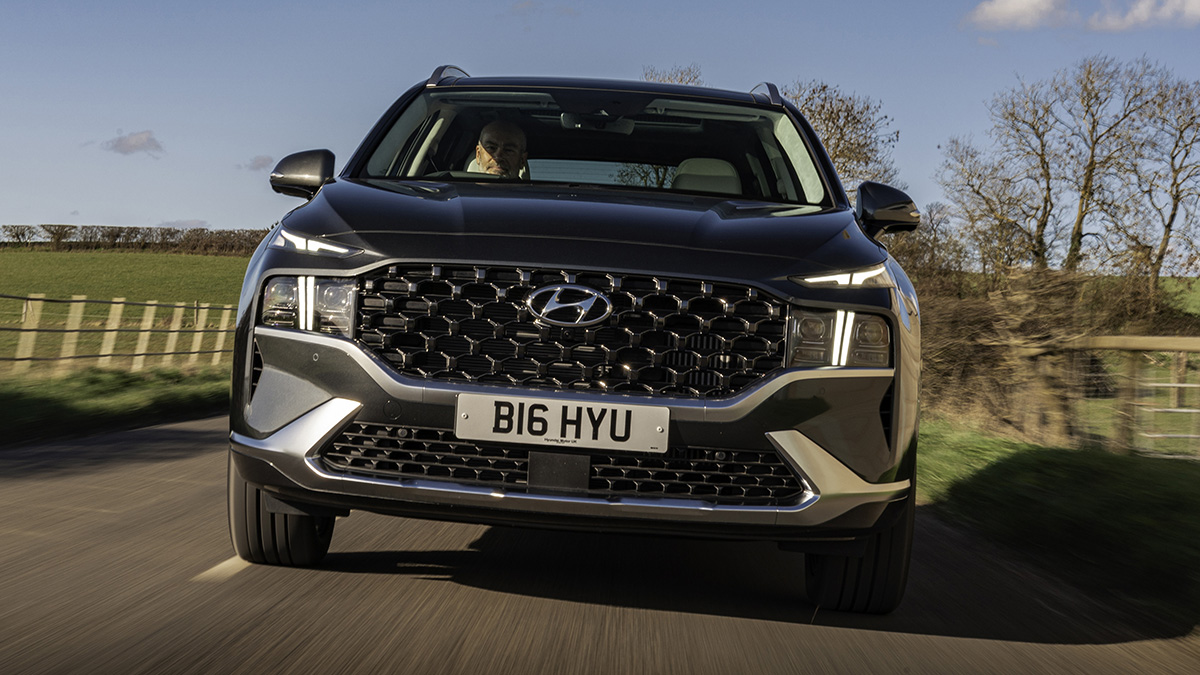 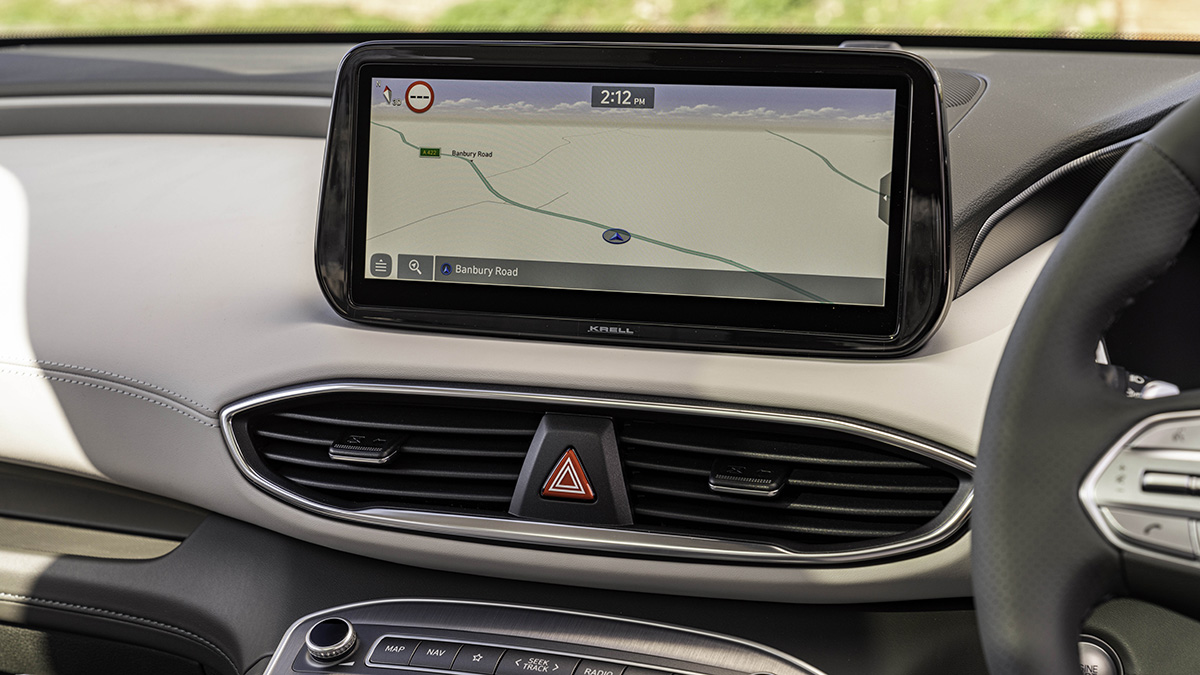 Badge snobbery, getting pricy, might be too relaxed for some

The Santa Fe is what passes for a Hyundai flagship in Europe, a ‘mid-size’ SUV that’s just about a right fit for UK roads. In other parts of the world it’s much more of a mid-range car, but such are the varying tastes and practicalities around the globe. First released in 2001, the car has now reached its fourth generation, with a facelift in 2020 introducing some new electrified options and improved styling.

The Santa Fe’s appeal exists on two levels – it has seven seats for hard-pressed families, and it has traditionally been cheaper than its rivals. Those include the Skoda Kodiaq and Land Rover Discovery Sport, both of which it now sits alongside in terms of list price, even if you can ultimately spend a lot more money speccing up your Discovery Sport. You can also view the Santa Fe as a cheaper alternative to the likes of the Volvo XC90, Audi Q7 and Land Rover Discovery, all of which are bigger and more expensive but come with a more premium image. Toyota now has large hybrid SUV skin in the game in the form of the Highlander, but that car is priced up alongside the premium crowd.

This isn’t to say that Hyundai is a bargain bin brand, of course – the Korean firm has put a lot of effort into upgrading its image through bold styling, improved quality and motorsport cachet with its world rally championship efforts. You won’t want to take the Santa Fe on the Monte Carlo Rally, but to our tired eyes the styling works well. The front end is distinctive without being obnoxious, and fingers crossed it ages well. The Santa Fe has avoided the temptation to ape more car-like styling cues and wears its upright, 4x4-style stance well.

One thing you’ll notice when you get behind the wheel of the Santa Fe – even if you haven’t driven previous versions of the car – is the effort that Hyundai has put into its general refinement. Road and wind noise have been well damped and there are no creaks or rattles on the move from the suspension. Most bumps and potholes are well smothered by the Santa Fe’s suspension, with a slight audible cue to let you know what’s happening.

The Hyundai is definitely worthy of making your shortlist when it comes to seven-seat cars, albeit with the standard caveat that the rearmost seats are really best suited to youngsters. If you want to carry six adults along with you, you’ll have to look somewhere bigger. The Santa Fe might suffer in comparison to its rivals if you’re looking for a wider range of engines. This car comes with a 2.2-litre diesel, or a 1.6-litre petrol paired up with a ‘self-charging’ hybrid or a plug-in hybrid set-up. Those three options should provide enough to cover most needs.

This is the first generation of Santa Fe to be offered with a two-wheel drive option, a pragmatic admission from Hyundai that your usual SUV buyers aren’t necessarily interested in putting the car’s visual promises of off-road glory into practice. What you lose in go-anywhere ability you claw back in improved fuel consumption. 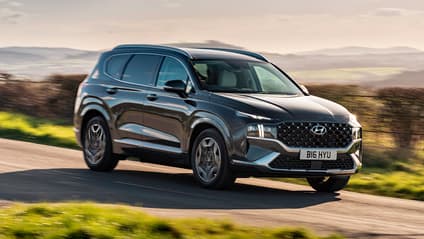 “Hyundai’s upgraded SUV takes on heavyweights and holds its own”

It’s a difficult transition to manage, trying to go from budget to mainstream carmaker, but Hyundai has nailed it so far. For some the Hyundai badge still won’t have the cachet of rivals, but if you can look past that the Santa Fe has a lot to offer.

None of the cars at this end of the market really get the pulse going, unless practicality and interior package really does it for you. In fact, the Santa Fe aims to do the opposite, slipping unobtrusively into everyday family life and making it that little bit easier.

If seven seats are at the top of the must-haves on your list the choice has sometimes felt a little sparse in recent years – not so these days, with plenty of different candidates vying for the family vote. That the Santa Fe can hold its own among these offerings is impressive indeed. 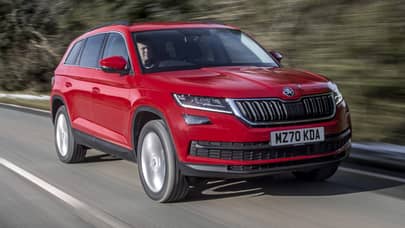 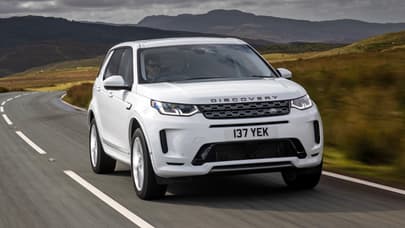 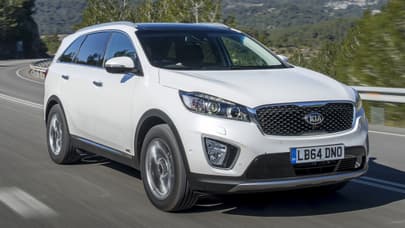