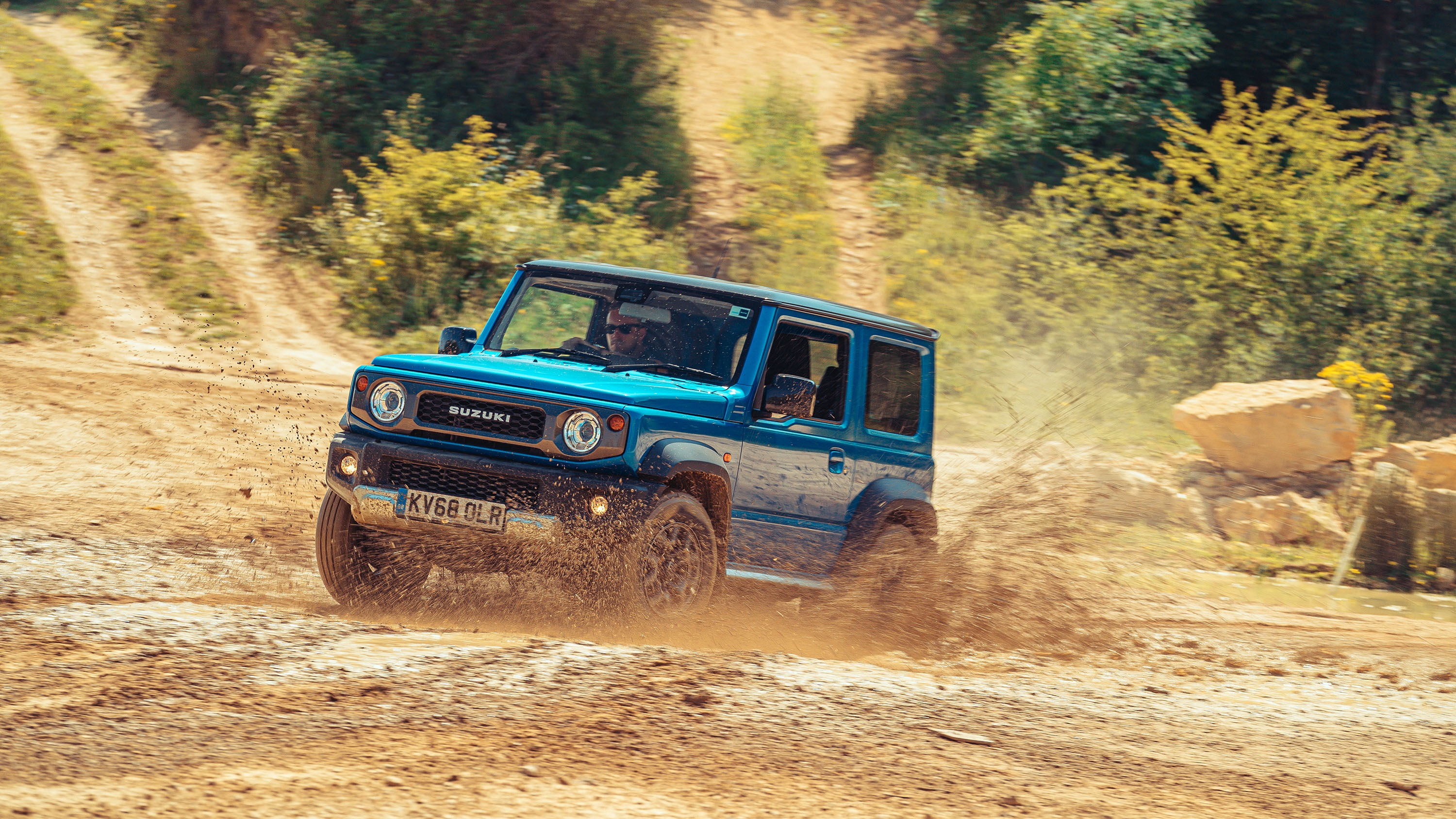 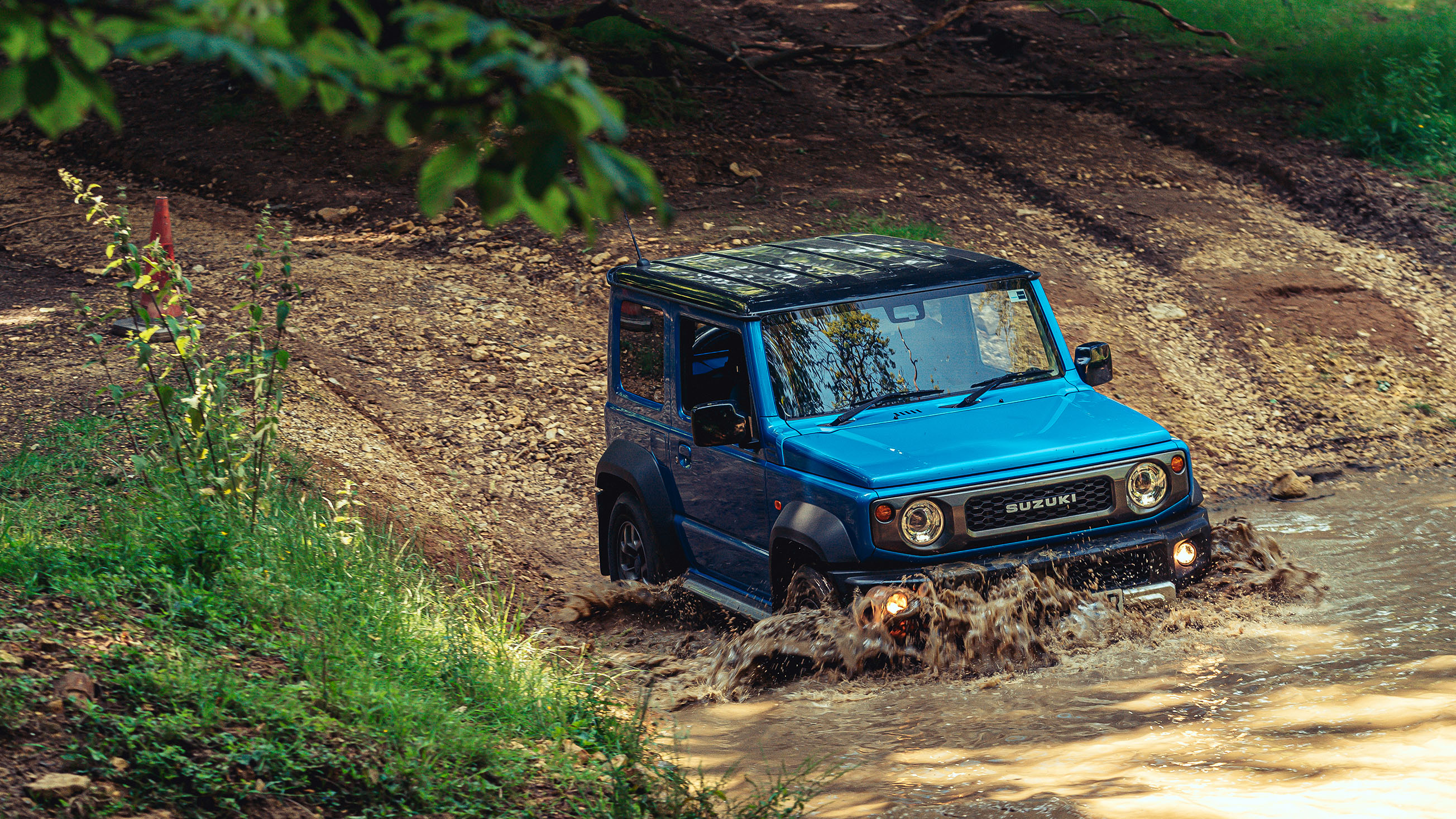 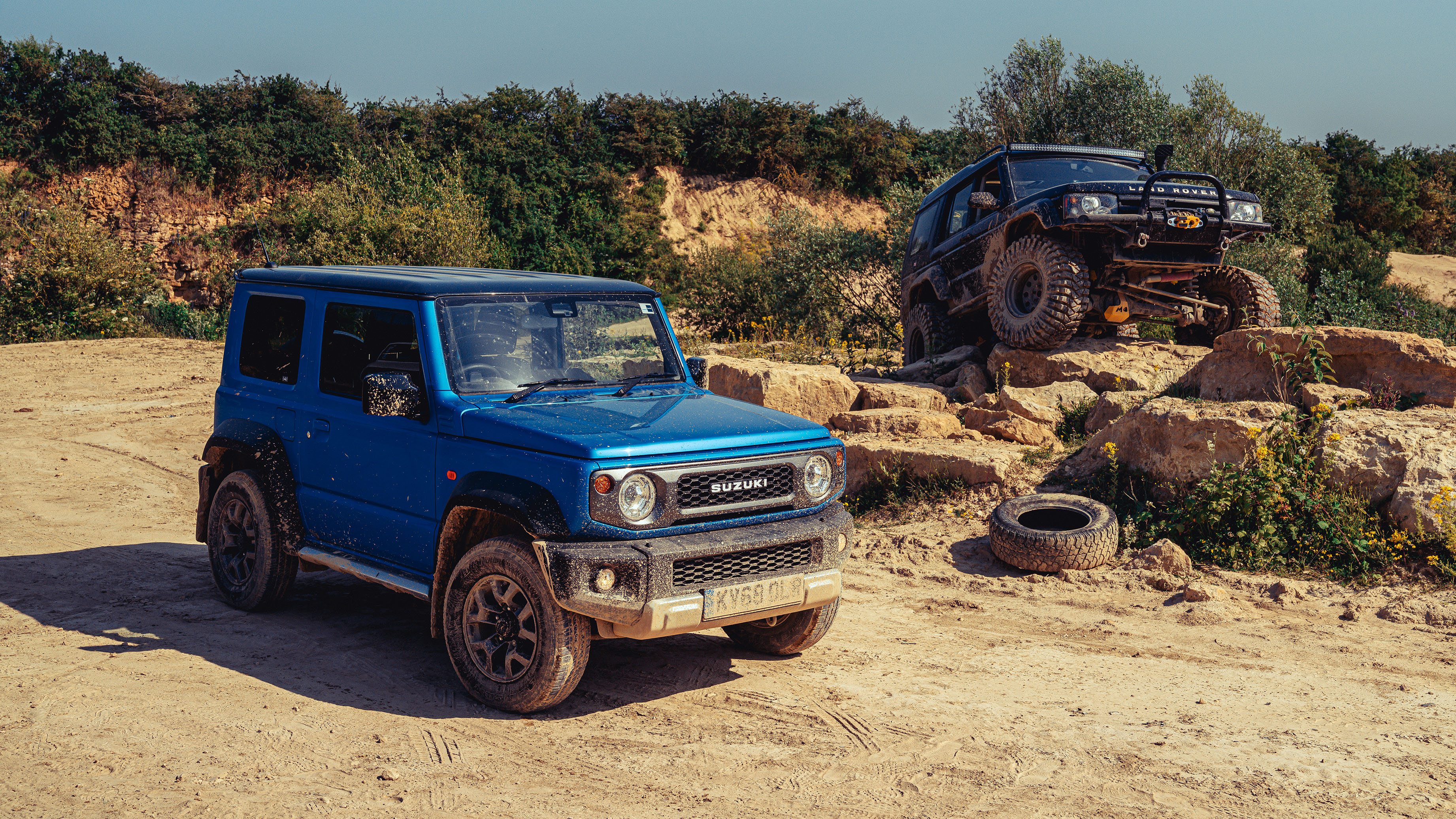 What do hardcore 4x4 owners think to a little Suzuki Jimny?

We needed a support vehicle for a Top Gear shoot which would involve splashing about in a  quarry and keeping up with some serious 4x4s on a purpose-built off-road course. Normally we’d pick up the phone to Land Rover, knowing they’d be confident the car wouldn’t be sent back to them in a bin bag, but this time, we thought small, and inside the box. The Jimny was perfect for this job.

Handy in the rough, dinky enough to park out of shot by hiding behind a medium-sized leaf, and with the rear seats flipped flat, almost enough room for one of photographer Mark’s cameras. So, the Jimny was politely nicked from regular keeper Stephen Dobie’s house, and tottered along for a day in the woods.

Now I’m not here to get mired in some Freudian debate about compensating for whatnot, but it was tricky not to feel intimidated when the Jimny tick-tocked into the quarry and barely came up to the wheel hubs of some of our off-road enthusiasts’ toys. The Land Rover Discovery could’ve used the little Suzuki as a chock. I mentally planned a tuck’n’roll escape through the window for when the lifted Land Cruiser unwittingly backed over the Jimny and steamrollered it into a Looney Toons pancake. What a way to go that would’ve been. Splat.

When their various owners descended from their driver’s seats in the clouds to the knee-high Jimny, I expected ridicule. I expected the 4x4-o-philes to accuse me of bringing a pair of left-handed safety scissors to a machine-gun fight. They were all grinning with glee.

But, it turns out the current Jimny is a hugely respected bit of kit in the ‘watch me submerge this DIY monster truck in a muddy bog for LOLS’ scene. Every single one of our assembled locking-diff loonies agreed the Jimny is exactly what their hobby cries out for: an affordable, simply-built, honest-to-a-fault 4x4 platform. They admired that Suzuki hasn’t bothered with any driving modes to do the hard graft for you. Sure, there’s a hill-descent mode, but it’s pretty much there as training wheels for your first serious slope. Quickly, you’ll decide it’s more fun, and barely any riskier, to take over and control the car yourself. It’s huge fun, and the hardcore sorts agreed.

They liked its ground clearance and its approach angles, and that the tailgate has a subtle gas strut assist on the bottom, so it’s not unwieldy to open even with a full-size spare wheel on the back. The boot sill made a comfortable, shaded perch to sit and watch TG’s own Simon Bond heave his Defender’s spare tyre off his own boot plinth, after the mounting bolt sheared. And these people do this ‘for fun’. Strange lot, but I can't deny spending a day in their muddy, clay-clad world was bloody good fun. Do some off-road driving if you get the chance: it's not possible to have more fun at 1mph.

What's more, the whole crew were saddened to learn the Jimny is not long for this world. This is their Caterham, their Up GTI. It’s a distillation of everything they hold dear, for not much money. And it has two things that no faux-by-four crossover can ever have: true, hard-won authenticity, and heaps of character. They will be its loving custodians after laws and legislation remove it from showrooms and websites not long from now, and the Jimny's proved it'll be a willing servant.

Next: Report 11
Back to: Report 9
Advertisement