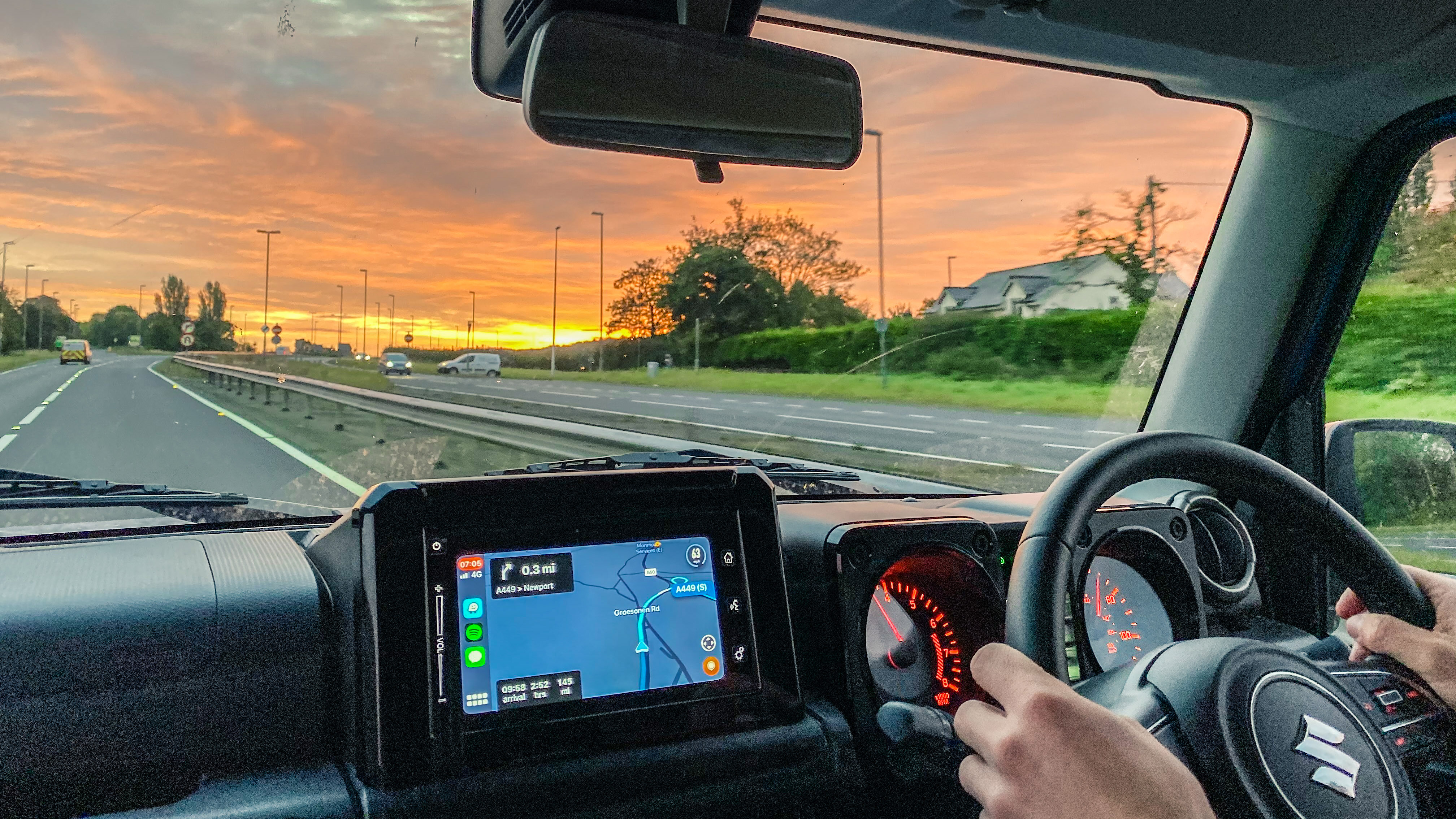 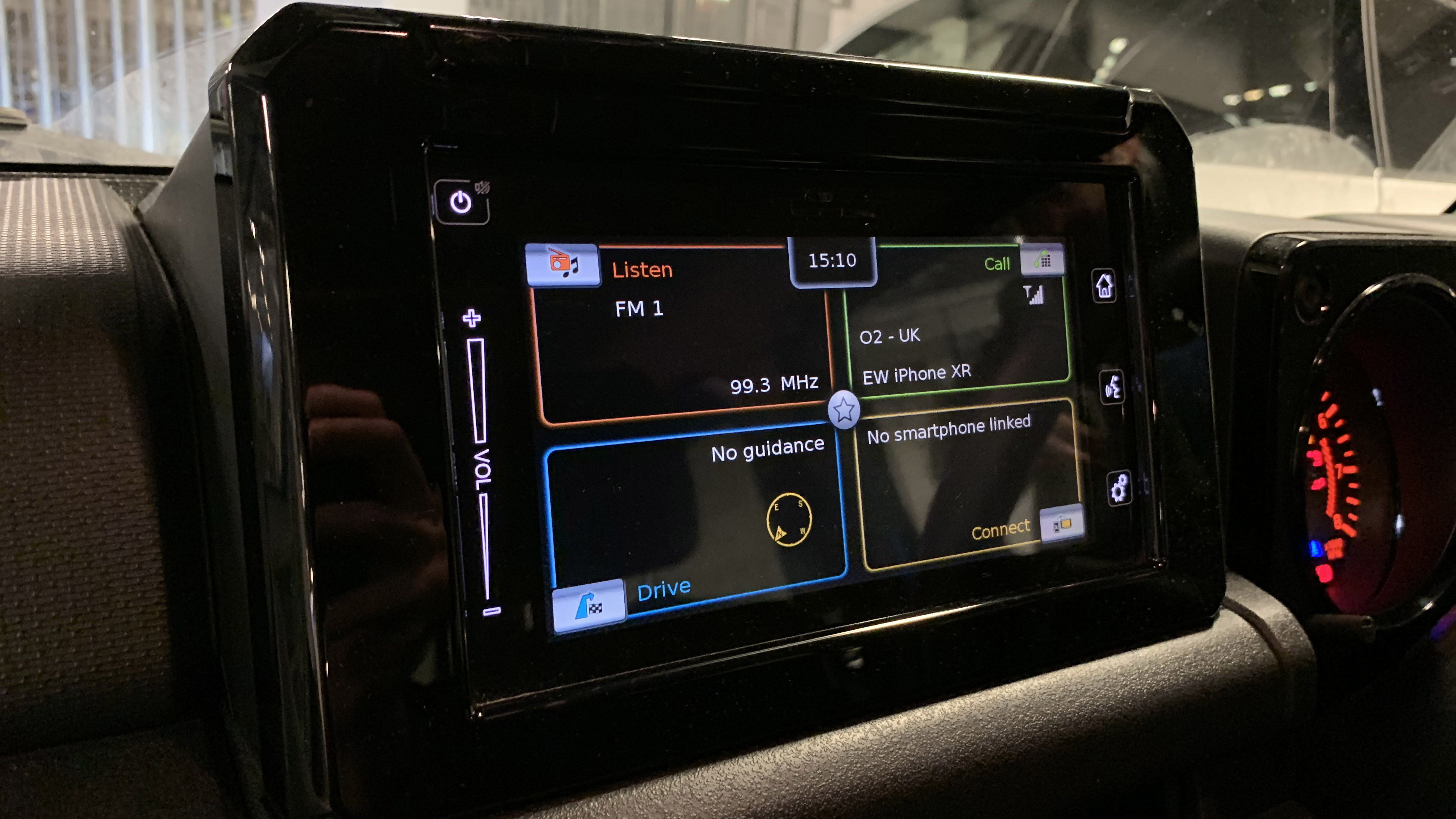 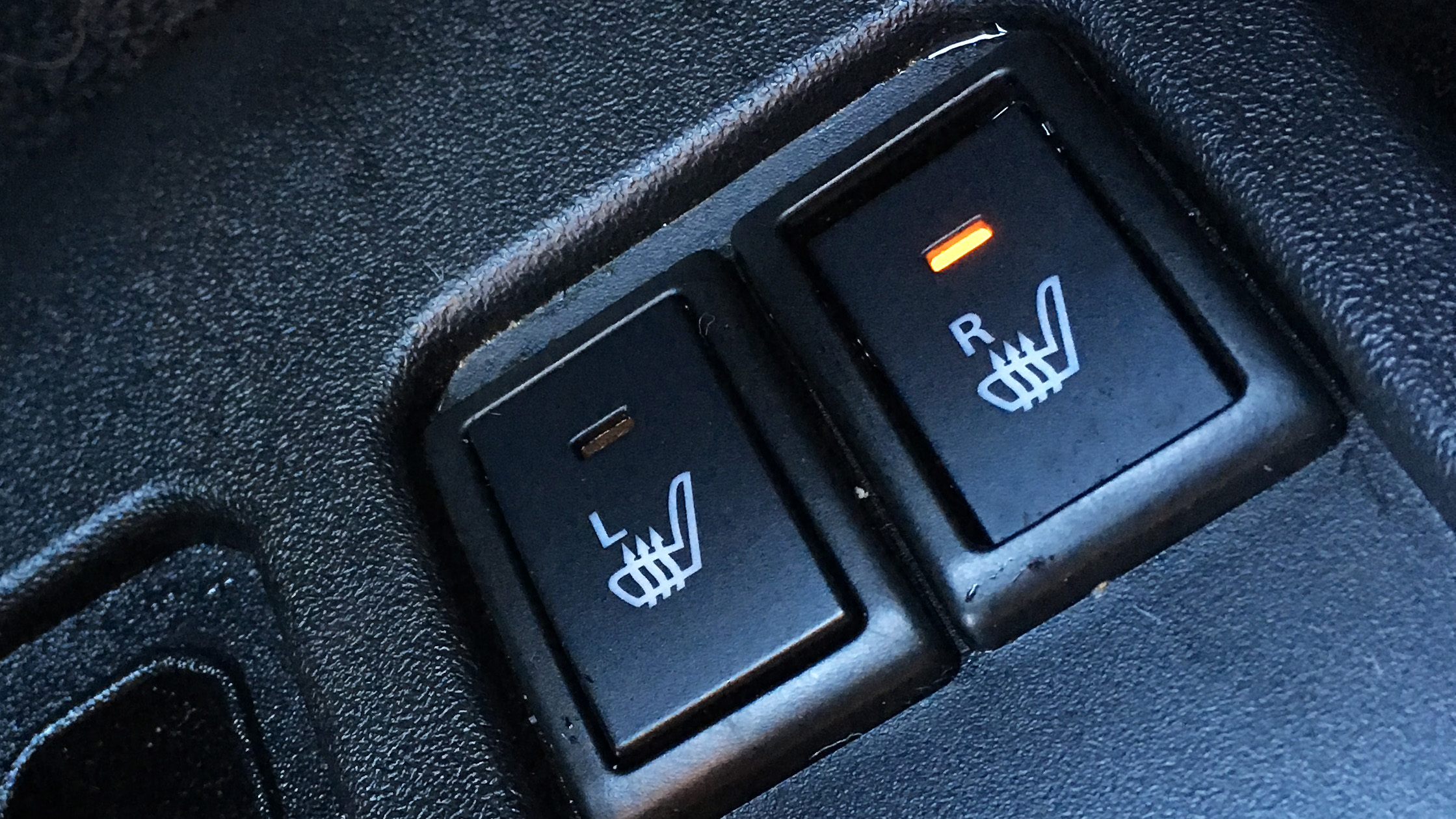 For such a back-to-basics car, the Jimny has gone in hard on safety equipment, especially in higher, SZ5 trim. I’ve turned the annoying lane departure system off, but left the over-eager crash mitigation in place. You don’t want to be the numpty who cockily switches that off before rear-ending a van.

Then there’s the ESP, which can be deactivated, but only at crawling speeds, above which it automatically reactivates. I suspect the wee Suzuki would do some highly dramatic things in rear-drive mode if you could cut the nannies entirely. Do you dare me to locate and (briefly) remove the fuse?

What can’t seem to be deactivated is the ear-shattering blast of radio every time you turn the ignition on. Now, it’s many months since I listened to a radio station – I’m finally living up to my millennial status by using Spotify and listening to podcasts, so all I ever do is plug my phone into the Jimny and use Apple CarPlay. A process that's simpler here than in cars costing ten times as much.

Its other main user, however (Bond, Simon Bond) appears to religiously listen to Select FM – ‘the UK's number 1 house music station’ – at teenage volume levels. A setup which the wee Suzuki inexplicably defaults to every time you switch it on, filling the precious moment of silence as car and phone unite with LOUD YOUTHFUL NOISES.

I mute the stereo every time I get out of the car – it’s something I invariably do when reversing into a space anyway – but for some reason the Jimny decides to unmute itself and switch back to FM rather than the phone connection every time you get in. Fine in the office car park, not so good at 7am outside the front door of the cosy little flat complex I’ve just moved into. I’m yet to make friends with my neighbours.

However, the same approach elsewhere in the car is conversely rather welcome. As a proud north-easterner, ‘coats’ are a fairly new addition to my wardrobe. And heated seats are something it’s taken me a little while to drop the vain-act and accept the worth of. Now that I have, though, I blooming love them.

The Jimny’s are especially good because – like every other facet of the car – they’ve been kept jaw-droppingly simple. While there’s just one heat setting on offer, it sits somewhere between ‘hot sand without flip flops’ and ‘oh god, the sun’s finally engulfing us’, and operates via a physical button. A button that stays in position when the car’s turned off.

The result? On bone-rattlingly cold mornings, you’ve a few seconds less to wait before you start to defrost. Making a car usable for chunky-gloved farmers means its simpler to operate for the rest of us, too. My mates back home would be appalled at how happy it’s made me.