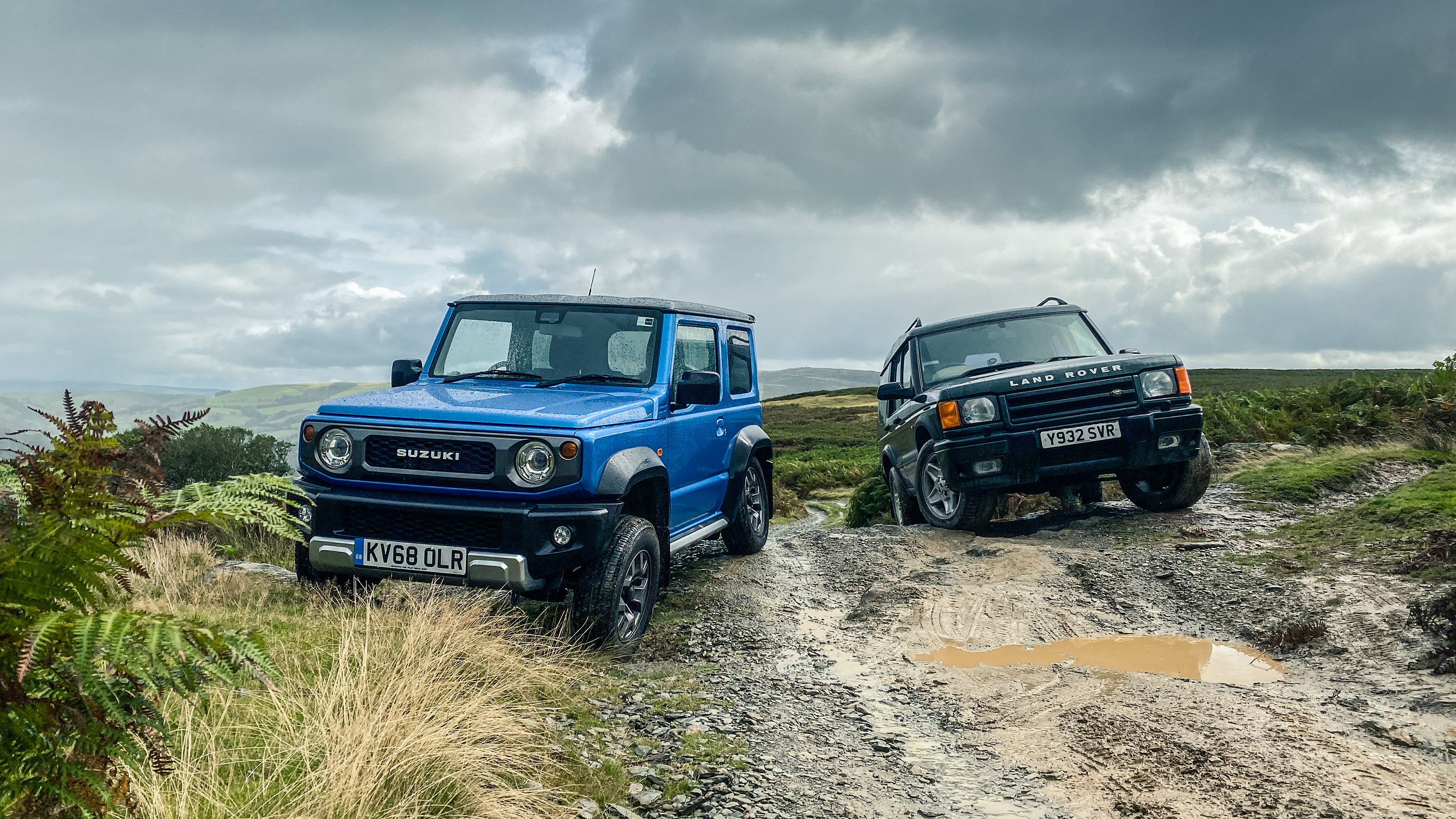 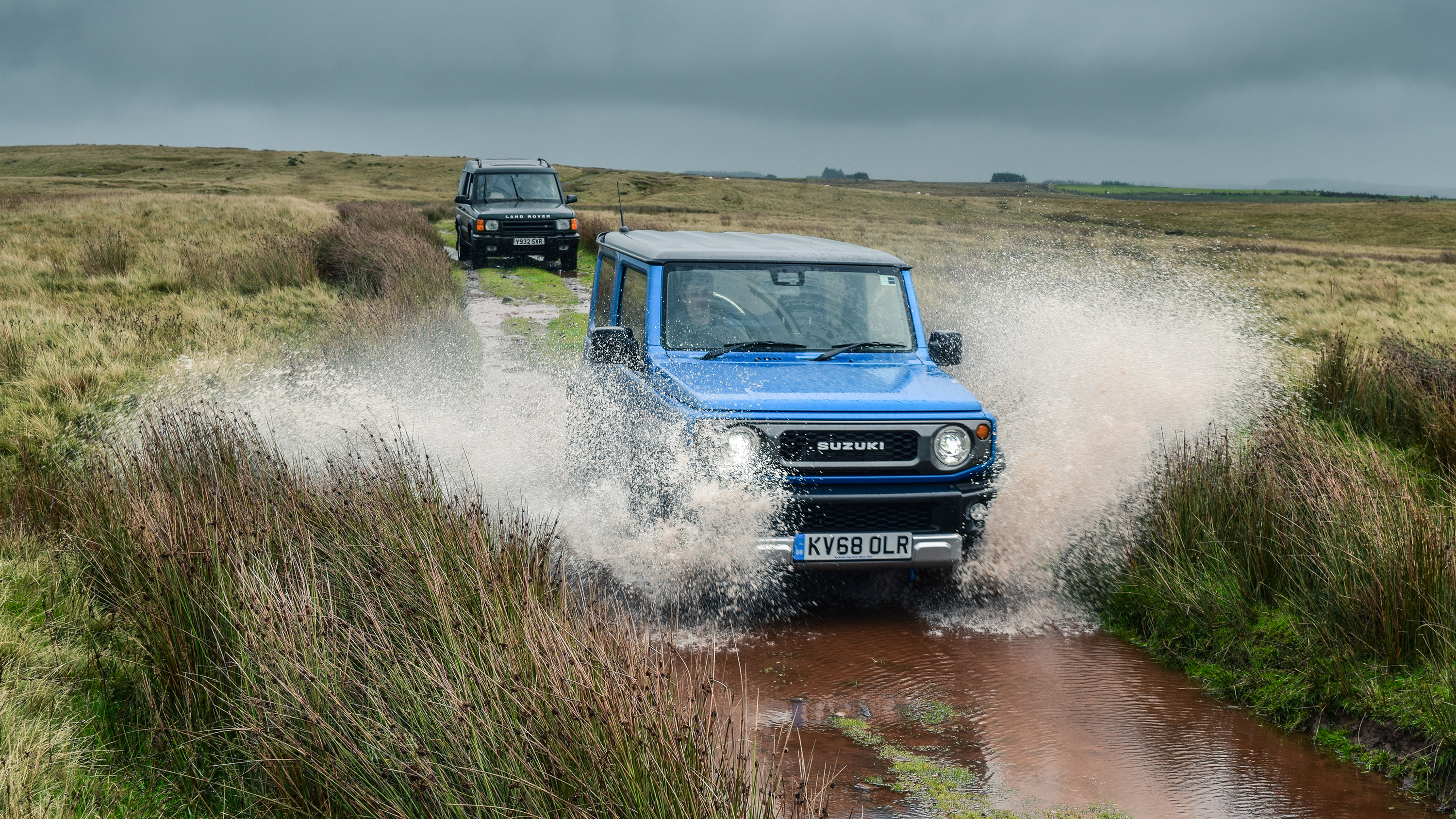 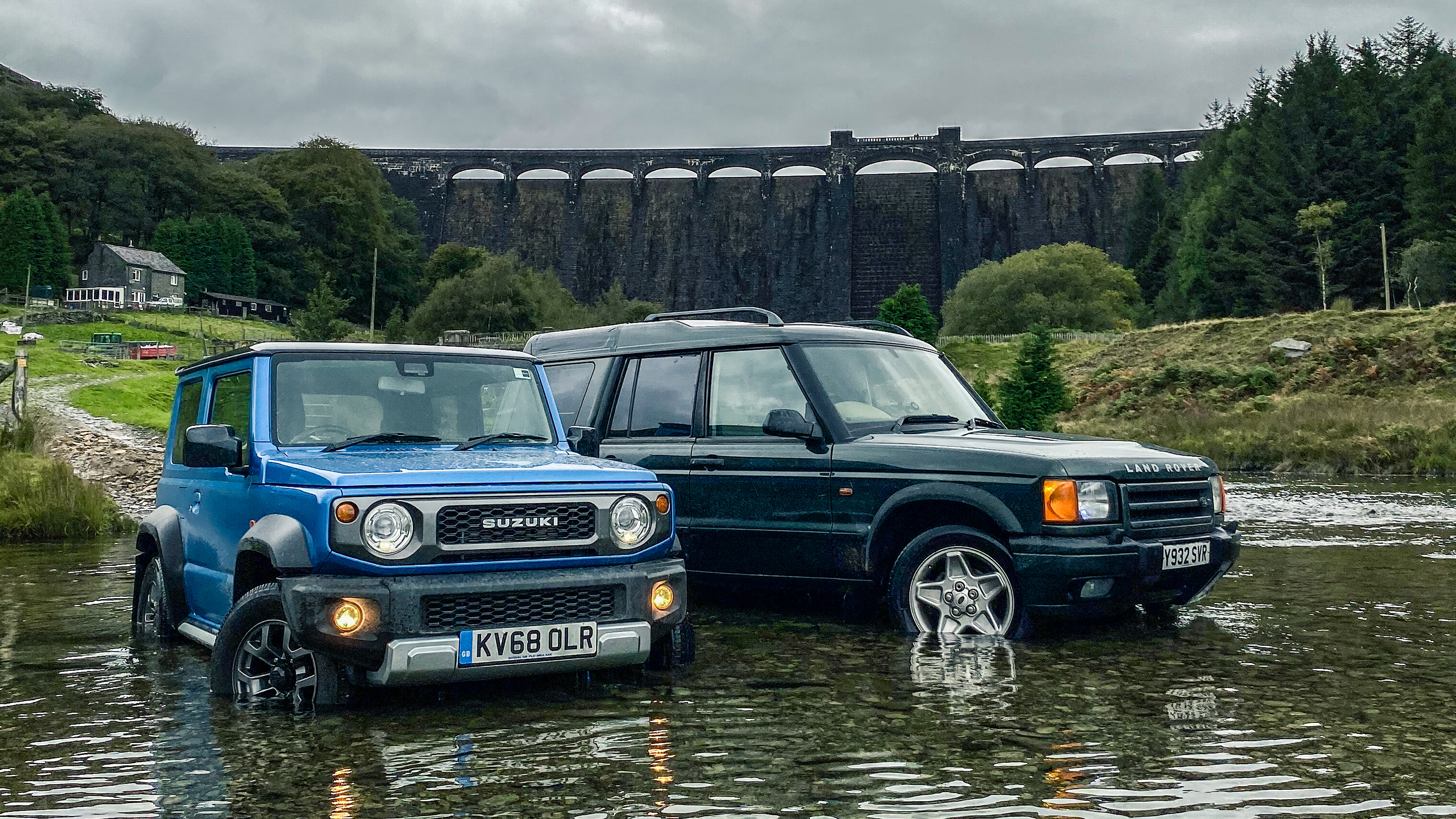 The new Jimny’s off-road credentials are its biggest talking point. Phrases like ‘mountain goat’ and ‘scamper’ get bandied about, and Welsh farmers have never been more widely referenced as a target market in the media industry outside of Tractor Weekly. The wee Suzuki’s off-road ability is also presented as a means of excusing its roly-poly on-road cornering habits, so it ought to be good, but can it really mix it with the utilitarian world of pick-up trucks and old Land Rovers? Well yes… but also no. It depends where your reference points lie.

Firstly, clearance and articulation. The Jimny’s traditional live axle and ladder-frame chassis setup with coils on all corners yields decent drop and compression from opposing wheels on the same axle, meaning more rubber in contact with the ground more of the time. It’s easy enough to get a wheel up if you head for cross-axle stuff, but you’ll have to go hunting. Interestingly, the car’s loosely sprung on-road driving characteristics seem to disappear off-road, the car feeling stiffer as the relatively simple suspension setup has plenty to deal with when it’s being worked hard.

As with any 4x4 on small tyres, you’ll find yourself catching the diffs and radius arms where off-road routes or deeply rutted green lanes have been carved out over time by vehicles with a much wider track. In the Jimny, you’ll position yourself with one side of the vehicle in a rut, and the other atop the middle grass part of a track that would usually pass between the wheels of any full-sized 4x4.

Not a problem in itself, until you’re forced to straddle the centre part, then things get scrapey. The flip side, of course, is that you don’t spend all day worried you’ll catch a wing mirror on a stone wall, as the Jimny’s diminutive size makes light work of the UK’s narrow lanes. Tiny overhangs front and rear mean you don’t even need to consider approach/departure angles that might trouble larger alternatives.

When traction is lost, the brake-actuated torque vectoring system does an impressive job of shifting power to the wheel with grip. There’s no fancy locking centre diff here, but it’s not needed on a light car like this. We only ran into issues on a wet grassy climb, where a decent set of all-terrain tyres would have helped more than electronic or mechanical aids. Downhill, there’s hill descent control, which whilst effective, is probably overkill on anything other than steepest of descents - the low-ratio ‘box doing a good enough job in moderating the effects of gravity.

Where the Jimny does lose points is on steep rocky climbs – and that’s down to its dinky 1.5-litre petrol engine and the 96lb ft of torque you’re limited to. Unlike others in the office, I found the engine a bit of a hoot on a B-road (believe it or not), and you can wring its neck as it sings along at high revs. But introduce some trickier off-road sections and even in low-range gearing you’ll find yourself balancing clutch bite point and throttle as you try to gently thread the Jimny over obstacles that you’d simply point bigger, torquier 4x4s at with their engines on tickover and your feet off the pedals.

But hey, we’re being picky, and need to refer back to those reference points. If you’re crawling up rock faces in Utah, you’re not buying a Jimny. If you’re looking for something fun and cheap to smash around the countryside in, you maybe should. And if you find ride height and grip limiting then there are a wealth of specialists popping up with suspension, wheel and tyre options to suit those with an off-roading appetite. Ones which we’re debating as you read these very words…