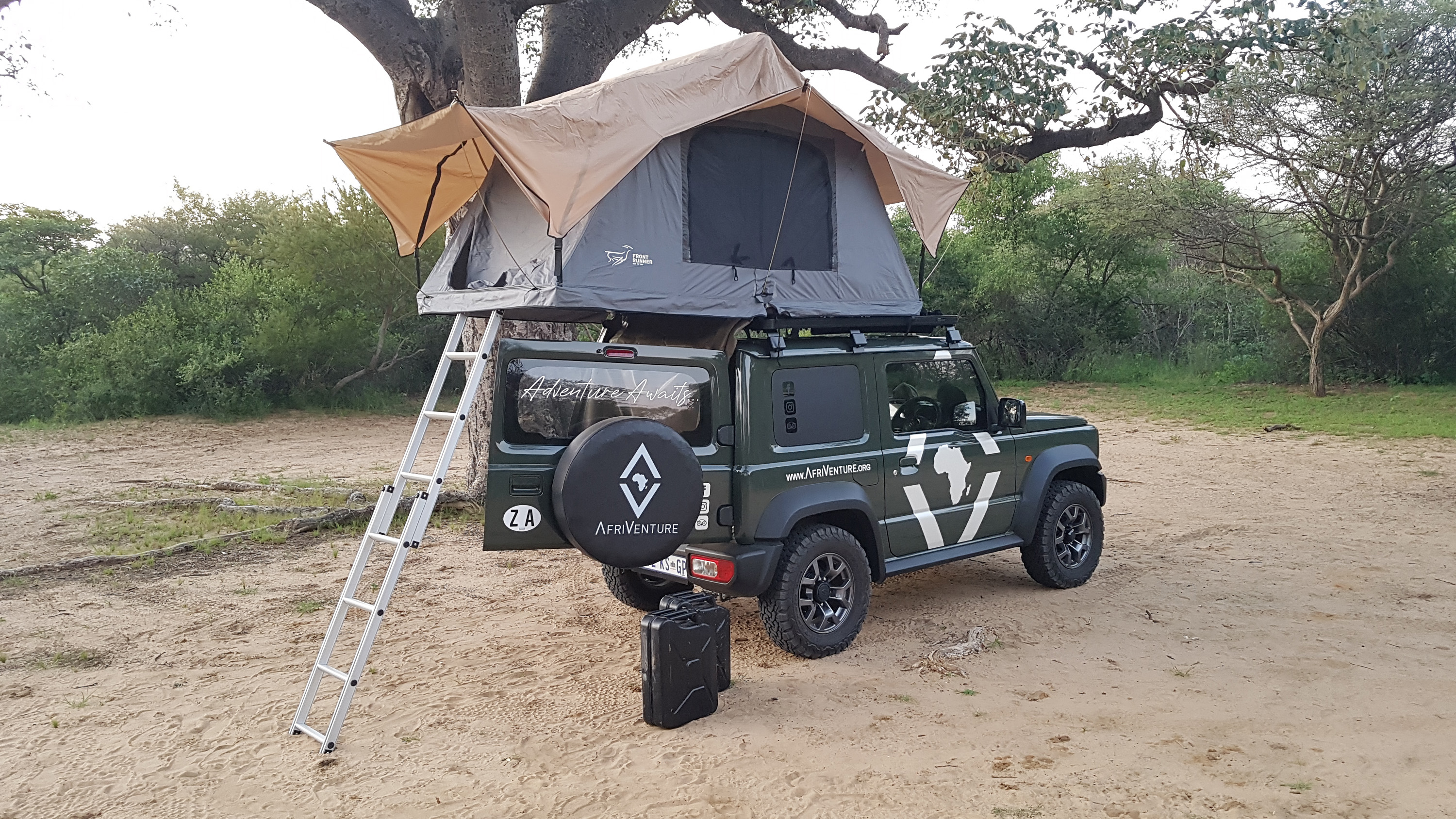 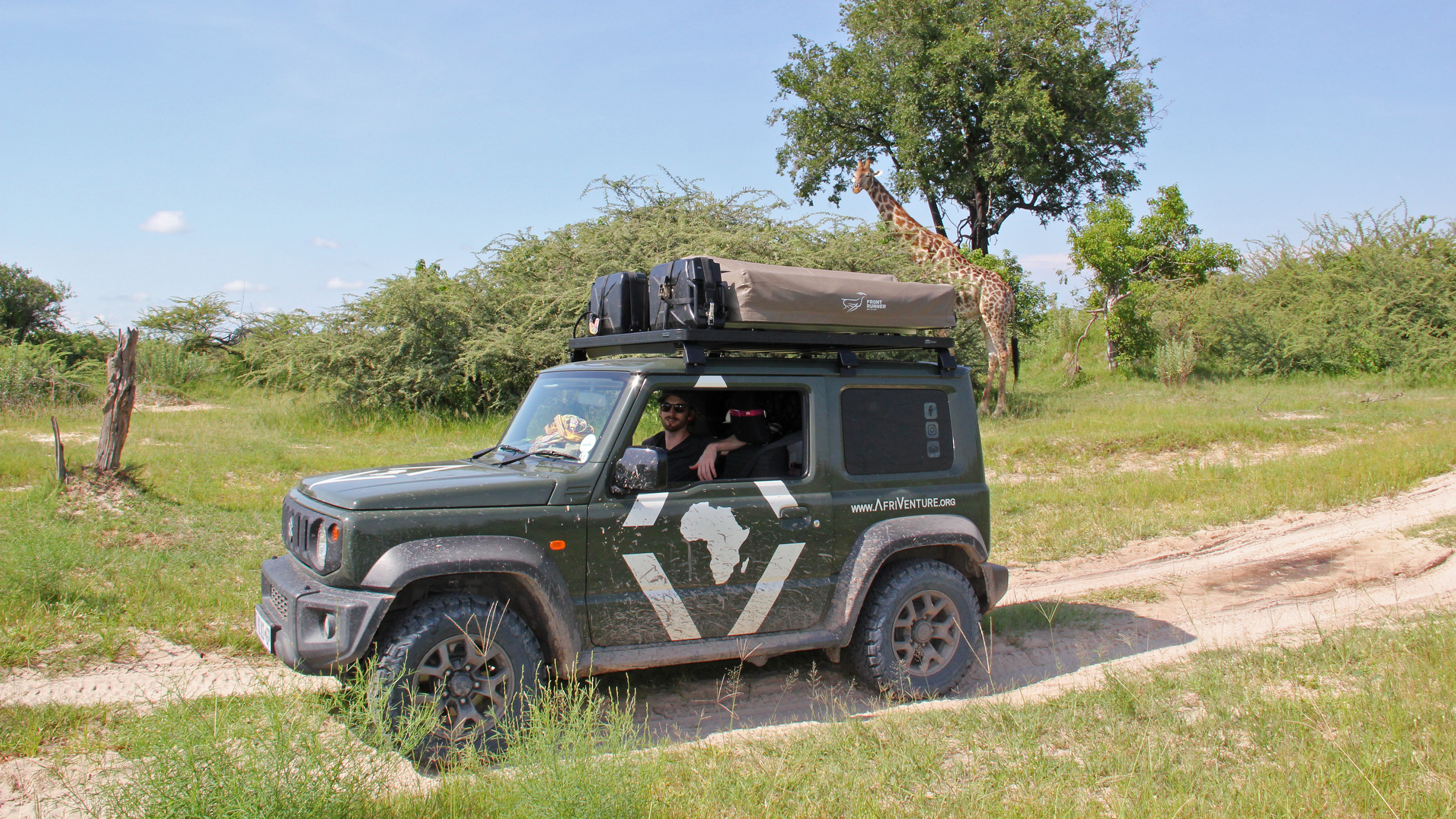 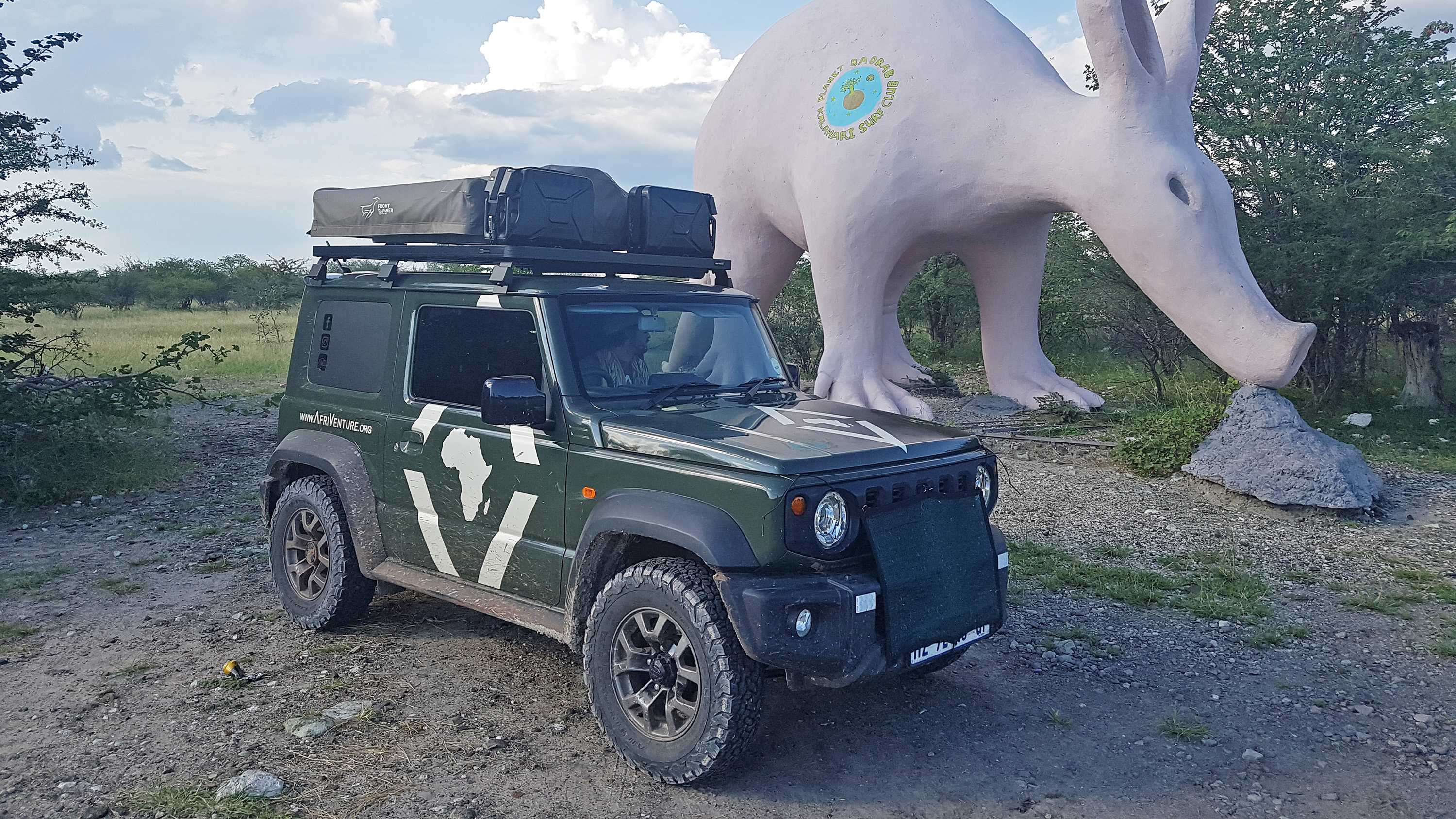 A Jimny (not ours) takes on Africa

Our Jimny hasn’t moved in a while. A week after returning from its holiday in Yorkshire (report seven), coronavirus bit the world hard and I parked it up outside my flat in its newfound lockdown prison.

Dreams of taking it on an adventure have been curtailed, but for all the ills social media brings in times of crisis, it also has pluses, not least being able to voyage vicariously through other people’s lives. So this month I’m going to hand over Stuart Rice whose @jimnyafrica Instagram account shows the wee Suzuki doing what it does best…

There has been an ongoing debate about whether the new Suzuki Jimny is capable of being a true overlander. With very minor preparations and people advising me with confidence that the Jimny ‘can go anywhere and is unstoppable’, we decided to kit this micro beast with a couple of essentials and set off through Southern Africa’s overland haven. Considering my previous history in overlanding has been driving 15-tonne Toyota Hino trucks and extended Land Cruisers, this was going to be an interesting appraisal of the ‘less is more’ mentality.

In order to make the perfect minimalist Africa overlander, we only added the basics: BFGoodrich All Terrain tyres, a Front Runner roof rack and FeatherLite rooftop tent and as many jerry cans as we could fit. Which was only two.

On top of this my father and I decided to do our first DIY project in 30 years: making a suitable packing shelf for the Jimny. Despite our lack of DIY knowhow this ended up the best addition for our overland trip, the perfect space maximiser allowing us to use every cavity in the Jimny and keeping the weight distribution as low as possible. We didn’t do a lift or suspension upgrade and forgot to do any 4x4 training. Oops.

The journey would take us across three countries: South Africa, Botswana and Zimbabwe. Most of the trip was spent in Botswana due to its remote wilderness, wild camping and treacherous terrain. The goal of our expedition was to see whether the Jimny could do the 3,635-mile journey across a mixture of tar, gravel, sand, mud, water, rocks and many potholes.

The issues we worried about prior to departure were fuel requirements and ground clearance. The space issue was fine: I chose to take a toothbrush and my wife decided on underpants, as you can’t fit both in a Jimny.

We ventured into the unknown with no sat phone, no GPS, no cell phone connection and in the heart of rainy season. We were overlanding like the good old days. The trip did involve some unavoidable tarmac driving although our route was planned to go as much as possible off the beaten track.

The tarmac was quite tiresome: we were averaging 60mph with our longest day totalling around 435 miles including a border crossing. Try the same at home and you’d better like the person next to you. And have some decent music if you don’t…

The upside of the Jimny’s slow and steady comfort zone is that you get to see things you have never had the chance to notice before (overlanding is about the journey and not the destination, after all) and the likelihood you rear-end an elephant as it crosses the highway is also minimised at snail pace. Passing trucks proved quite exciting, revs so high it sounded like we were piloting an old aeroplane about to take off. But the additional weight of a fully laden vehicle made no difference to the driveability of the Jimny.

And where it excelled was, of course, the dirt. Once we got to the safari capital of Botswana, Maun, we quickly filled the jerry cans and headed straight into the rough stuff. This involved deep water, thick sand, mud and elephants’ charges. The camping is wild – you go to sleep with lions roaring in all directions – but the combination of our tent and the Jimny’s low roofline gave us a much closer-to-nature feel than normal.

So far so good, though when I go 4x4ing I expect to be challenged and engaged. This vehicle is so good in rear-drive mode that you hardly ever need to engage 4WD. It floats above the sand and guides comfortably through deep mud. It’s so competent that at times it’s not especially fun.

With every overland vehicle, it has its specific pitfalls. One being the low ground clearance in very deep sand with high middle islands. It didn’t pose a massive problem but sometimes I felt as though I was a caddy raking bunkers for the next lucky golfers. The lack of available snorkel did worry me when it came to deep-water crossings but luckily the tight manoeuvrability of the Jimny meant it could often detour where other vehicles could only dream of.

However, we did find the Jimny's one major nemesis. One so bad that I’d have considered walking were it not for lions at every corner. Corrugated dirt roads. At the blistering speed of 10mph it felt like we were getting into an uncontrollable tail slide that’d potentially roll the vehicle. I found the only solution under these conditions was driving at tortoise speeds accompanied by a lot of swearing. But then we did keep the suspension completely standard. I cannot comment on what all aftermarket solutions might do to its driveability.

All told, the Jimny served its purpose on a tough journey and it looked after us through everything. Including an elephant charge that sent me in search for some toilet paper (and with space limited you need to ration on those luxuries). You really do appreciate the size of a six-tonne elephant when you are sitting in a one-tonne car.

At the end of our trip, the Jimny did wear a few bumps and bruises but from bad driving rather than the tough conditions. It has its flaws – the fuel tank needs to be a minimum of 16 gallons (we used 15 between the closest fuel stations) – but it’s otherwise the perfect micro overlander. It even managed to tow out a Nissan NP300 from deep mud! I give it two thumbs up.