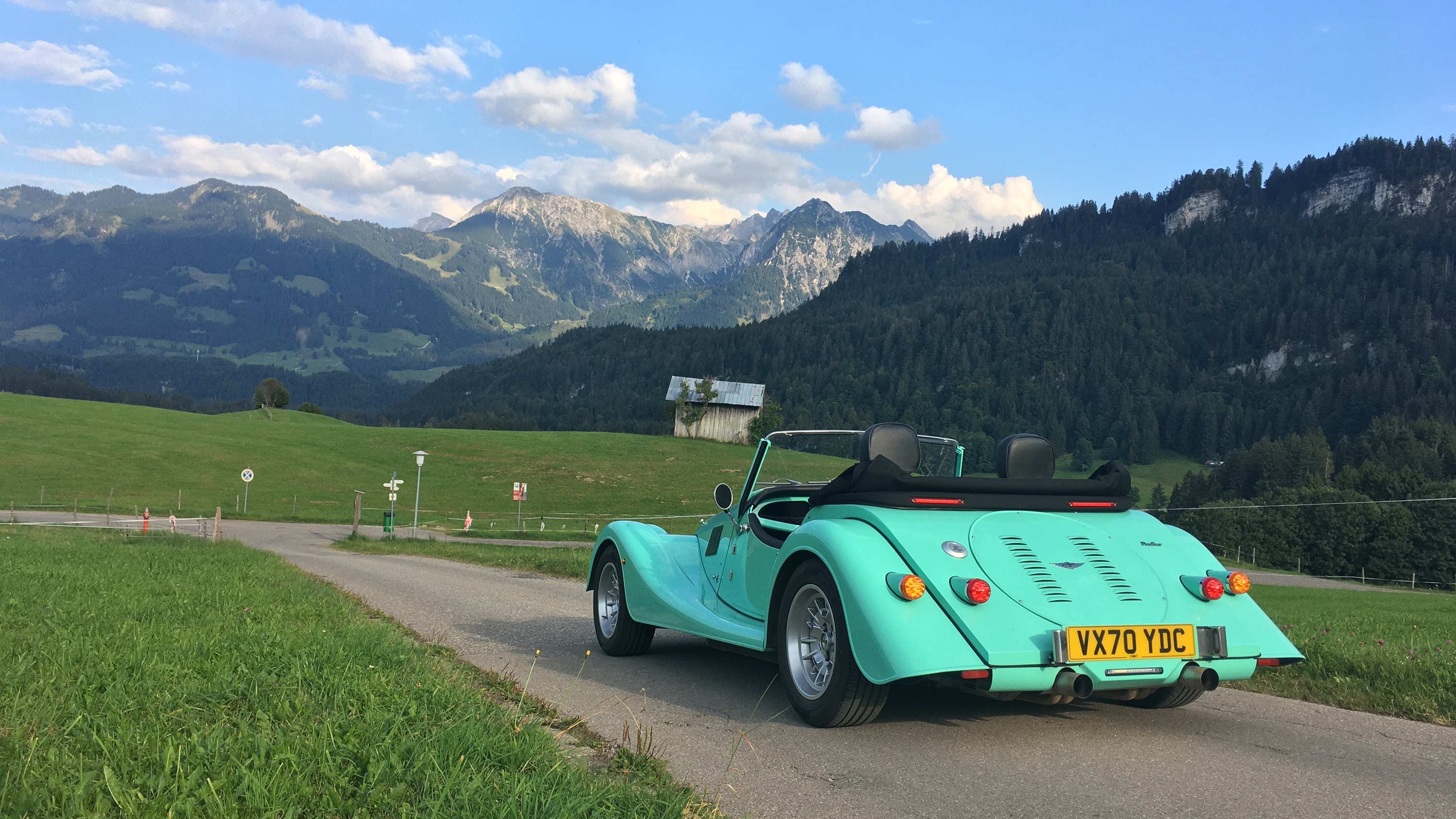 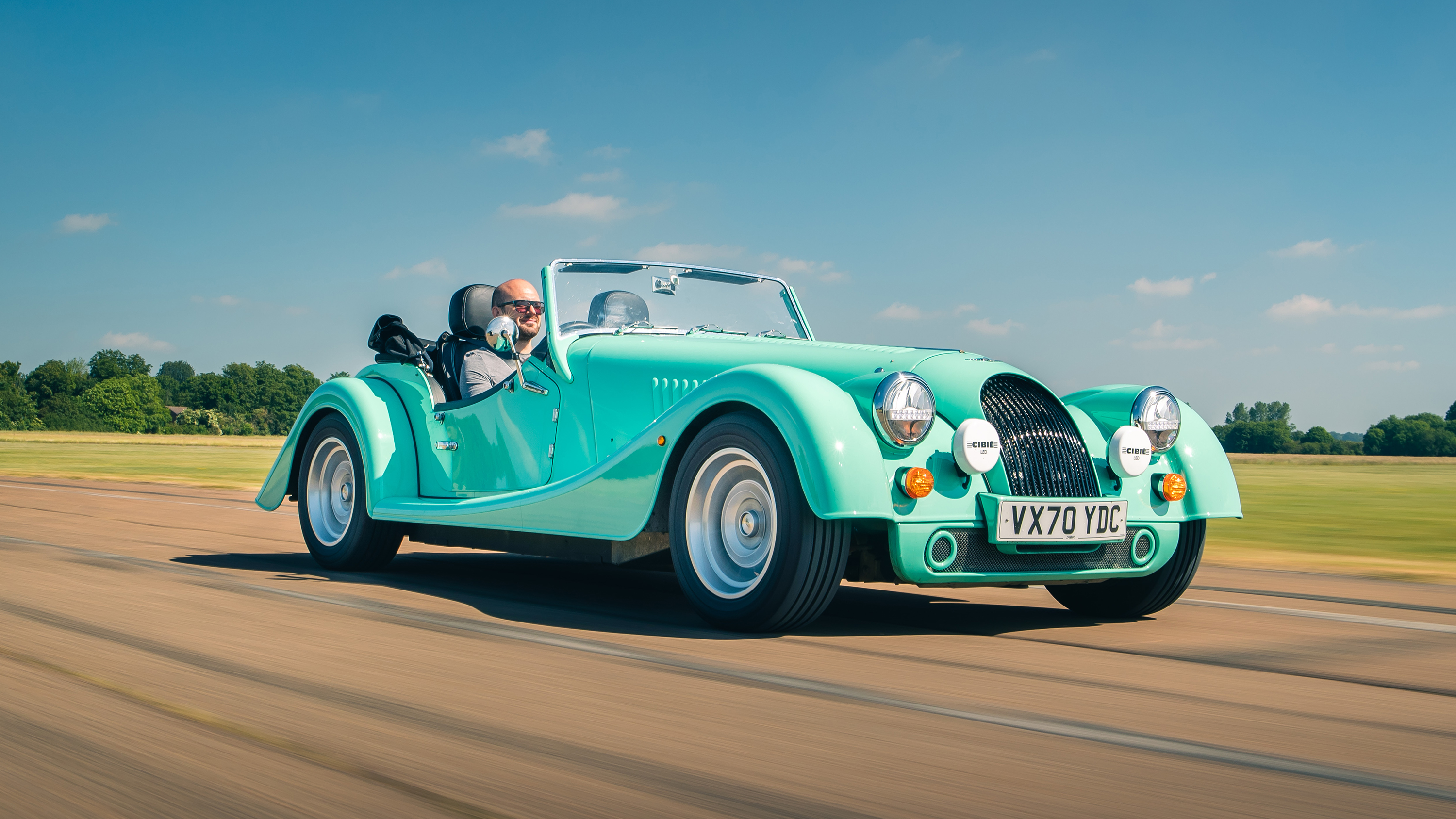 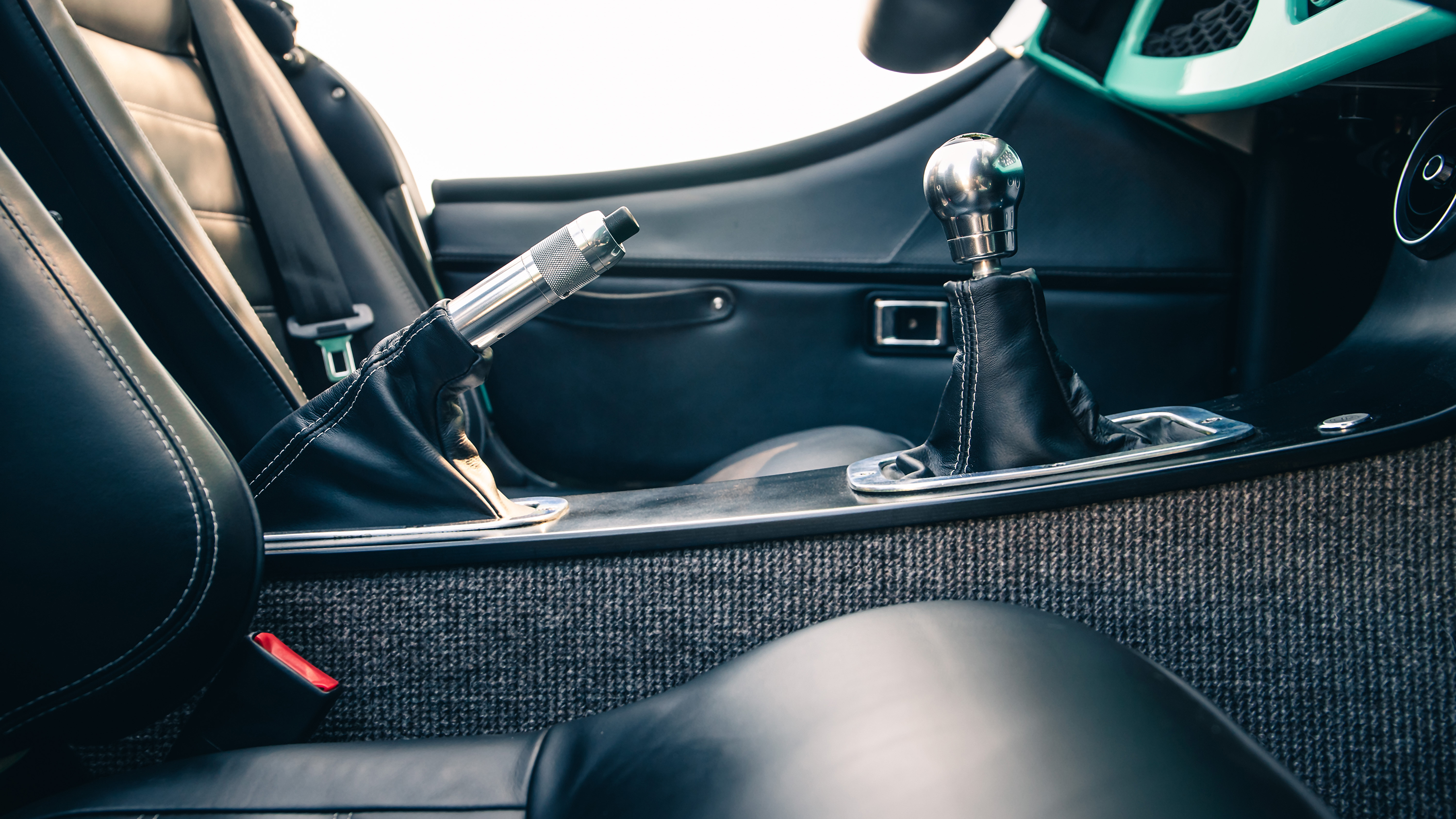 Our Morgan Plus Four gets a goodbye Eurotrip

Logic suggests a 2,000-mile road trip is the very best way to get to know your car on a very intimate level. So even after a full year and 12,000-odd miles on its cheerily basic odometer, it felt right to throw countless pounds at COVID testing companies in order to take my Morgan Plus Four overseas.

And my drive to Germany’s Allgäu region was like a goodbye greatest hits album just as a band’s lead singer is about to depart on their solo career – a vivid reminder of all the tracks you love, as well as the few stinkers you always want to skip.

What’s not a surprise is that Europe bloody loves a Morgan, not least when it’s driven roof-down on a 30˚C day by an idiot in shorts, shades and a woolly hat, dress sense eccentricity levels matching the transport beneath. A big ol’ bobble is simply the best way to keep the wind from grenading your eardrums on a long drive. Promise...

But do I bloody love a Morgan? In short, yes. After week one I was besotted with the Plus Four; come the end of month 12, my affections have only skyrocketed, despite the occasions VX70 YDC played the role of ‘hand-built British sports car’ with the straightest bat possible.

I learned to just chuckle wryly every time water trickled onto my trouser leg after the Mog had been parked – roof firmly closed – in a rainstorm. My fix? Wearing darker jeans to hide damp patches. I think most Morgan owners simply garage their car.

The sheer satisfaction of driving – and owning – something like this comes from the effort you put in. Its experience is closer to the world of two wheels than four, and you’ll need to dress (and pack) as reactively as a motorcyclist. While its price and performance point it towards Boxsters and F-Types, I don’t think anything truly compares if you plan on wiring £70k to Malvern. A figure you’d roughly pay even if you wanted YDC with its stone chips and chunky mileage, by the way. You don’t buy a nearly new Mog to save money – you do it to circumnavigate the waiting list.

So, those hits. Roof down motoring is life-enriching and I’ll miss it greatly. Searingly heated seats mean I’ve folded the canvas back in all temperatures, removing the window panels when trips have been circular. It’s pulled in positive attention like no other car I’ve driven, impromptu chats with strangers brightening up essential lockdown journeys when I wasn’t seeing friends. I’ll miss the cheery grins and waves it constantly attracts, not to mention nods of approval from bikers.

With a 255bhp turbo engine propelling one tonne, performance is strong but grip only breached on demand – it’ll give you a good giggle without ever terrifying you. Unless you find yourself on derestricted stretches of autobahn; at 100mph the tonneau cover fills with air like it’s prototyping itself as a Zeppelin. Fix the roof in place and you’ll likely call time at 120mph and conclude you need a smooth runway for anything more. Or that straight-line speed is a ridiculous thing on which to judge a car so proudly un-aerodynamic. 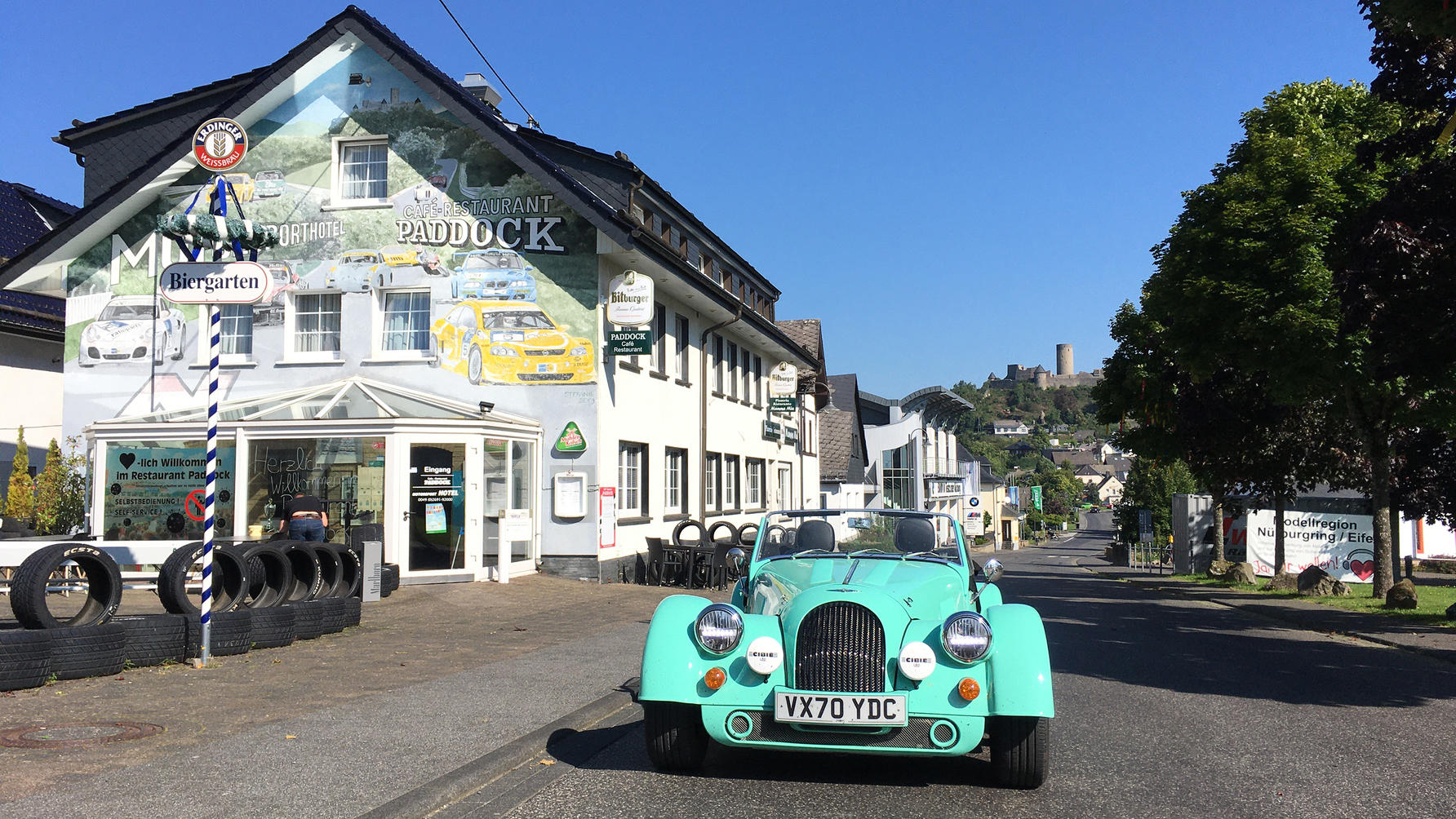 It felt significantly more at home on the tight hairpins of the Eifel region around the ’Ring (where Morgans raced the 1000km in 1961, fellow nerds) and the majestic Alpine passes I swung by. Morgan’s latest alloy chassis has been accompanied by a proper set of Avons and quick power steering; you can choose to tear tenaciously through corners or have a frisky dose of tyre squeal out of them. It’s a Morgan that bends more to its driver’s demands than ever.

And one that’s bamboozlingly efficient, too, trumping its official mpg claims no matter how much mischief I’ve indulged in. Which is a godsend when the fuel tank is so tiny. Refuse to play chicken with the fuel gauge and you’ll be stopping every 25 litres, which equates to over 250 miles on a blast across Europe’s motorways.

Break time is more likely to be dictated by a numb bum or lower back, with the seats a little thin, though comfier if you use the lumbar support pump like a grip trainer to provide yourself with a manual massage.

More supportive seats are part of the Plus Four’s MY22 facelift – which has also brought a less leaky roof with a simpler opening and closing mechanism – while the poised CX-T rally special proves that Morgan also knows how to fix the only major stinker I found: the Four’s combination of a low-hanging exhaust and weeny suspension travel can turn an otherwise joyous drive on a bumpy B-road into a laser focused game of ‘spot the sinkhole’.

That chink in its usability rankles most because this has otherwise been a total doddle to drive every single day – yep, this truly does feel like a modern Morgan. Sure, I’ve spent a year without stop/start, ESP and even airbags. But the Plus Four boasts genuinely useful aircon and Bluetooth stereo systems, while it’s needed no oil or washer fluid top-ups between services (every 10,000 miles) and besides a briefly iffy driver’s door lock, I’ve never failed to trust its dependability.

But don’t mistake ‘easy to own’ for ‘undramatic’. The Plus Four has livened up every single journey I’ve made in it, and no matter my mood, I’ve ended every drive happier than I started. Just not, perhaps, as I crossed the finish line of its farewell Eurotrip ready to hand back the key. Will I miss the mint Mog in daily life? It’s a clangorous, vociferous yes.

Back to: Report 13
Advertisement