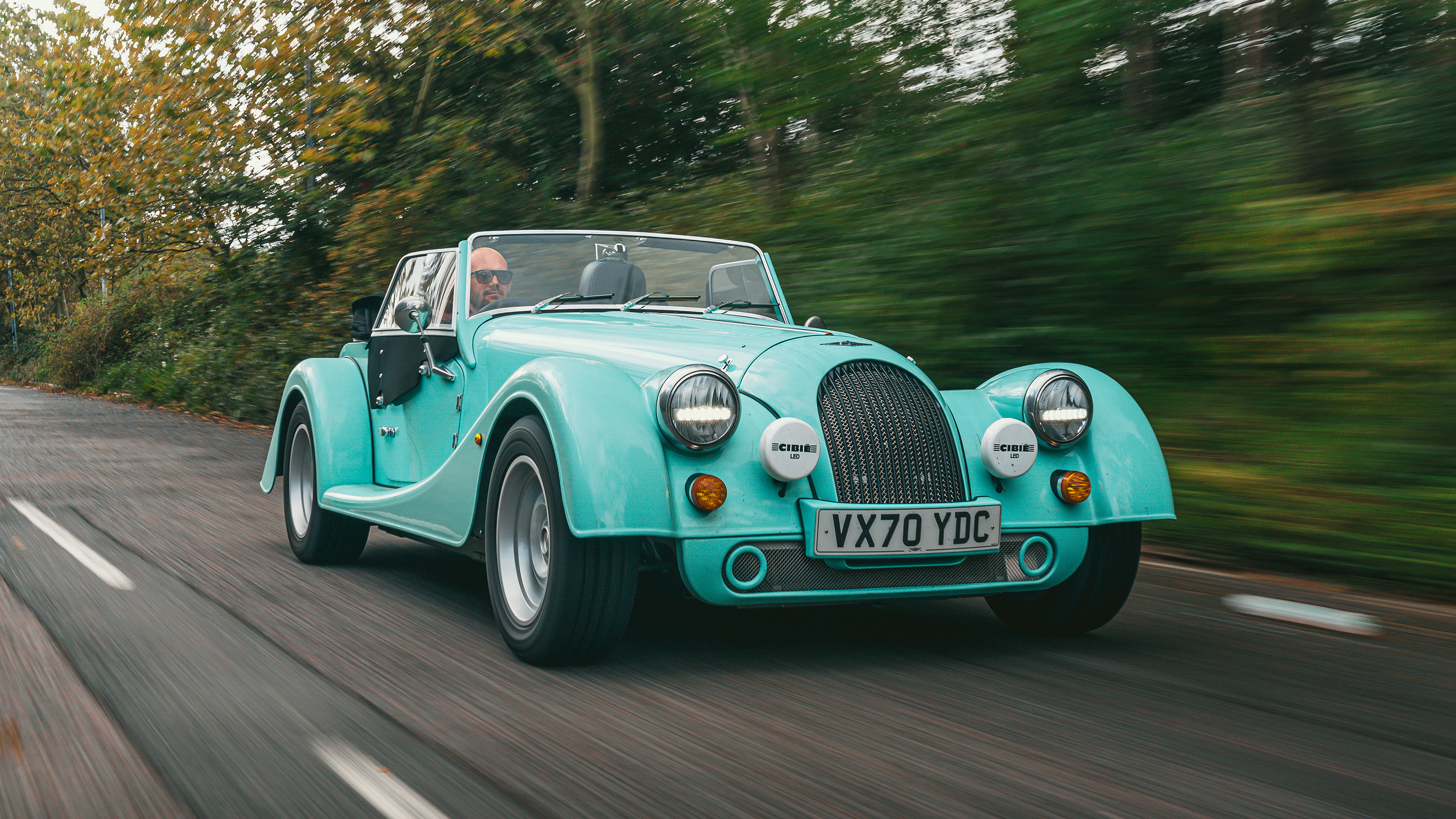 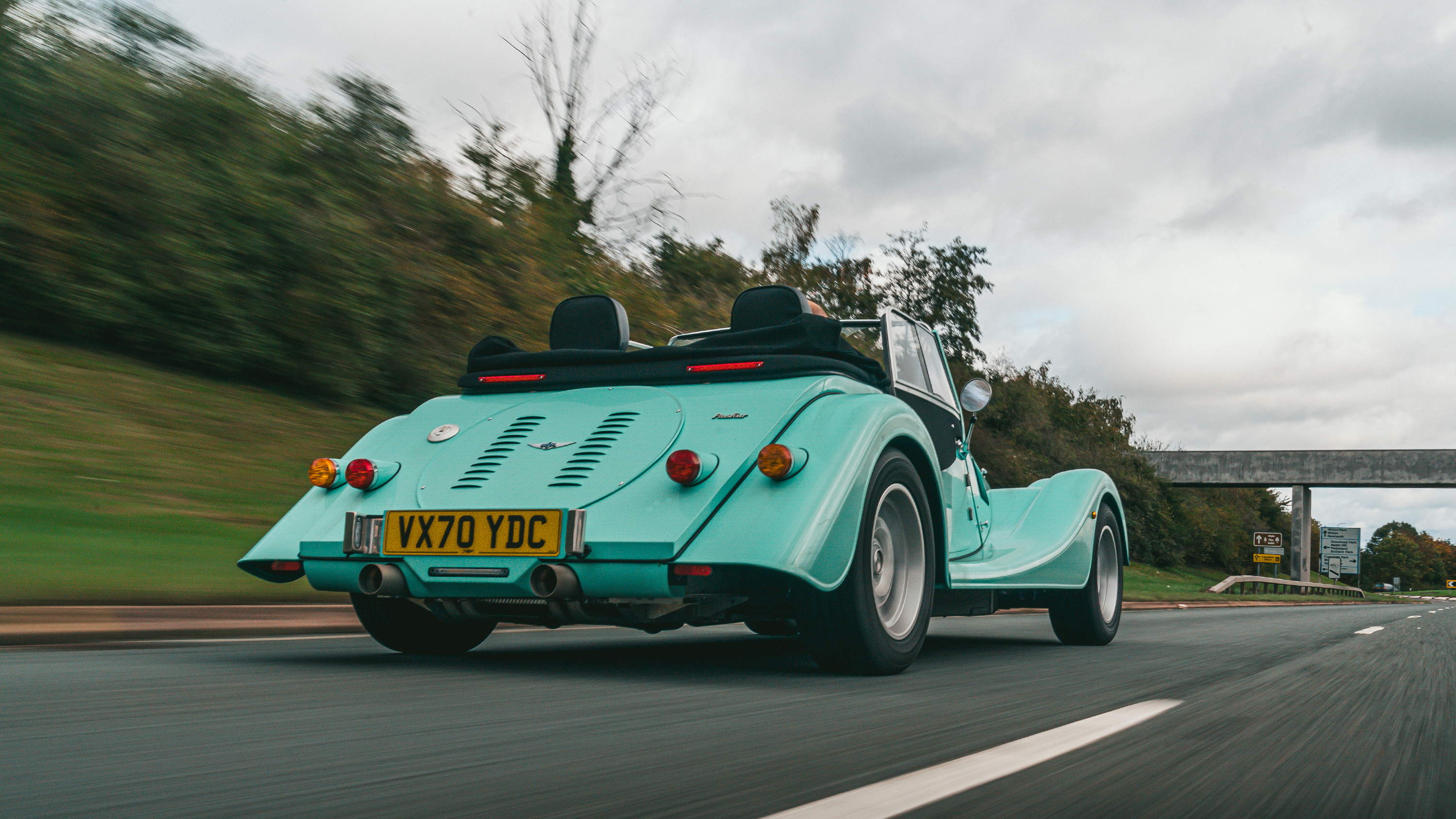 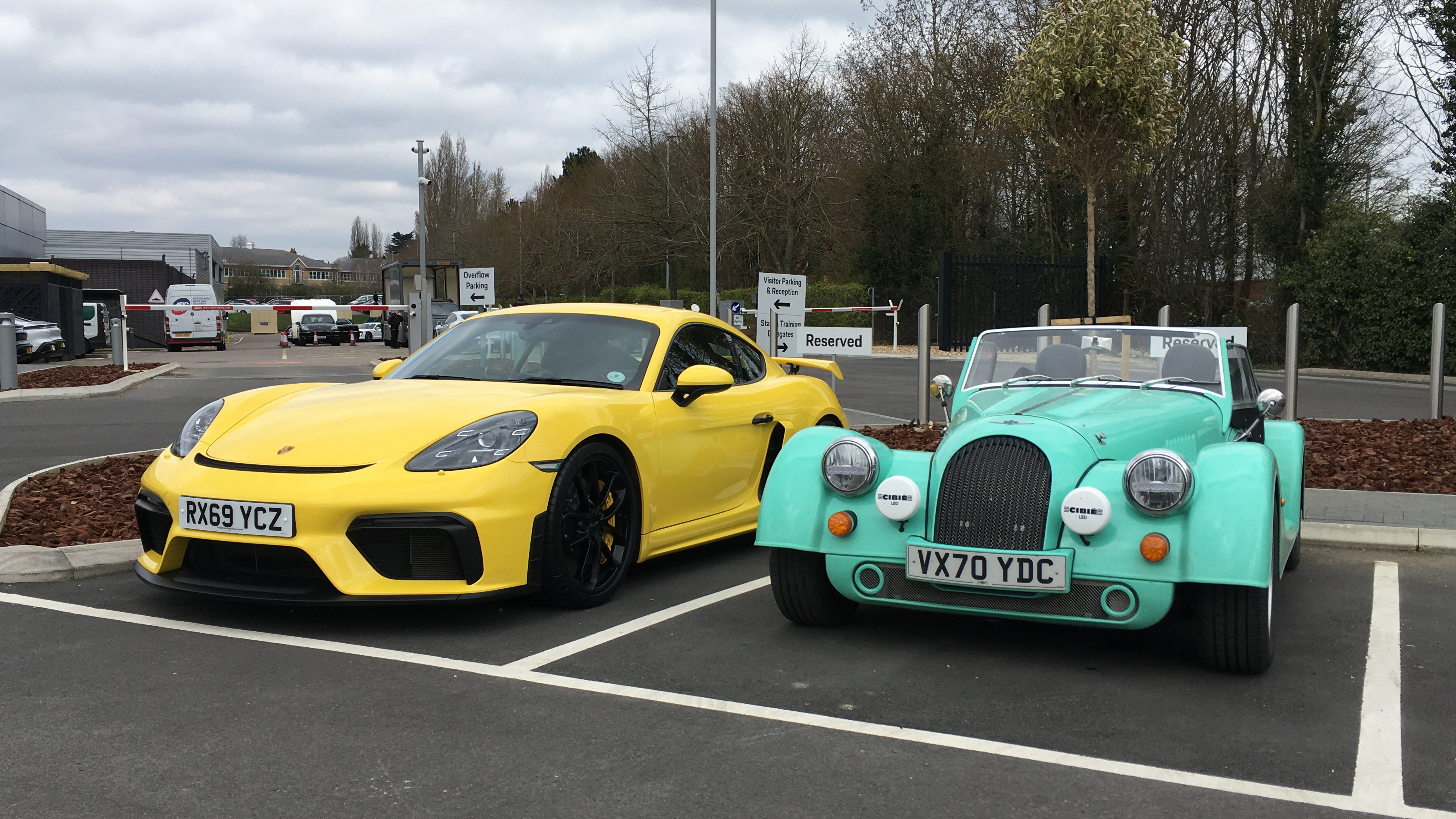 Did you know there’s a 60p toll crossing over the River Thames? I didn’t, until the Morgan prompted a fairly stark change to how I get places: I’ve fixed my nav app settings to ‘no motorways’ and never looked back. Should you ever have the pleasure of dropping a couple of coins into a small fishing net dangled sweetly out of Whitchurch Bridge’s cabin – in lieu of the 50mph speed camera monotony of the M4 – neither will you.

Not least because it keeps the car constantly moving through different speeds and directions, avoiding the sheer monotony of how wind blasted the cabin gets at a 70mph cruise. Roof down, it’s whipping up around your head. Roof up, it’s drumming up enough noise to drown out the brave efforts of its Bluetooth-operated stereo. Want to hear podcasts on a long journey? You actually want the roof folded away. And your speeds preferably 60mph and below.

The Mog simply feels happiest away from the grind and gridlock. Where it also feels a humongous step on from the old, numerical Plus 4. On paper, the Four’s big jump was from 154bhp Ford to 255bhp BMW power (with one of those new-fangled turbochargers attached). But in reality, it’s the new architecture beneath the hand-beaten panels that’s really altered how this car drives.

Power steering that’s quick, accurate and which doesn’t attempt to sprain your wrist with kickback over potholes is the first thing you notice compared to the old 4, while relatively sophisticated suspension – save for the odd THUNK as it unceremoniously hits the end of its travel on more oddly cambered roads – ensures you’ll carry so much more speed through corners.

The 205-section Avon tyres are wide enough to manage the bolshy torque well, even though the turbo spools into life with no traction control keeping watch. The incongruity of the various chuffs and whistles emanating from its hand-stamped bonnet vents never fails to amuse me, too.

As for the Sport+ button just ahead of the gear lever, I press it before every journey. It sharpens the throttle response and adds wanton pops and bangs to the exhaust note, and as such unearths more character from the BMW turbo four and makes the dorky art of heel’n’toe downchanges easier. Which is what pure driving’s all about, right?

All told, the Plus Four’s not as quick as Boxster, nor anywhere near as finessed. But that doesn’t stop it putting at least as big a grin on my face – and an even bigger one on the faces of others. People love it. Whether it’s motorcyclists behind me in the drive-thru queue, hyperventilating toddlers being dragged over desperate for a closer look or ladies chuckling inside antiquated bridge toll booths, it brightens up days and invites a litany of questions. For bringing much-needed cheer (and social interaction!) to gloomy times, it’s proving perfect.

My own road-testing assistant – my four-year-old nephew Max – delivered a slightly breathless verdict: “This. Is. BRILLIANT!” It appeared to scramble his mind even more than a 789bhp Ferrari 812 GTS, the turbulent air and strong smell of warm components awakening enough of his senses to erode a 500-odd horsepower deficit. For those of us nearly three decades older, that all simply translates into big fun at wholly moral speeds. An increasingly valuable commodity… 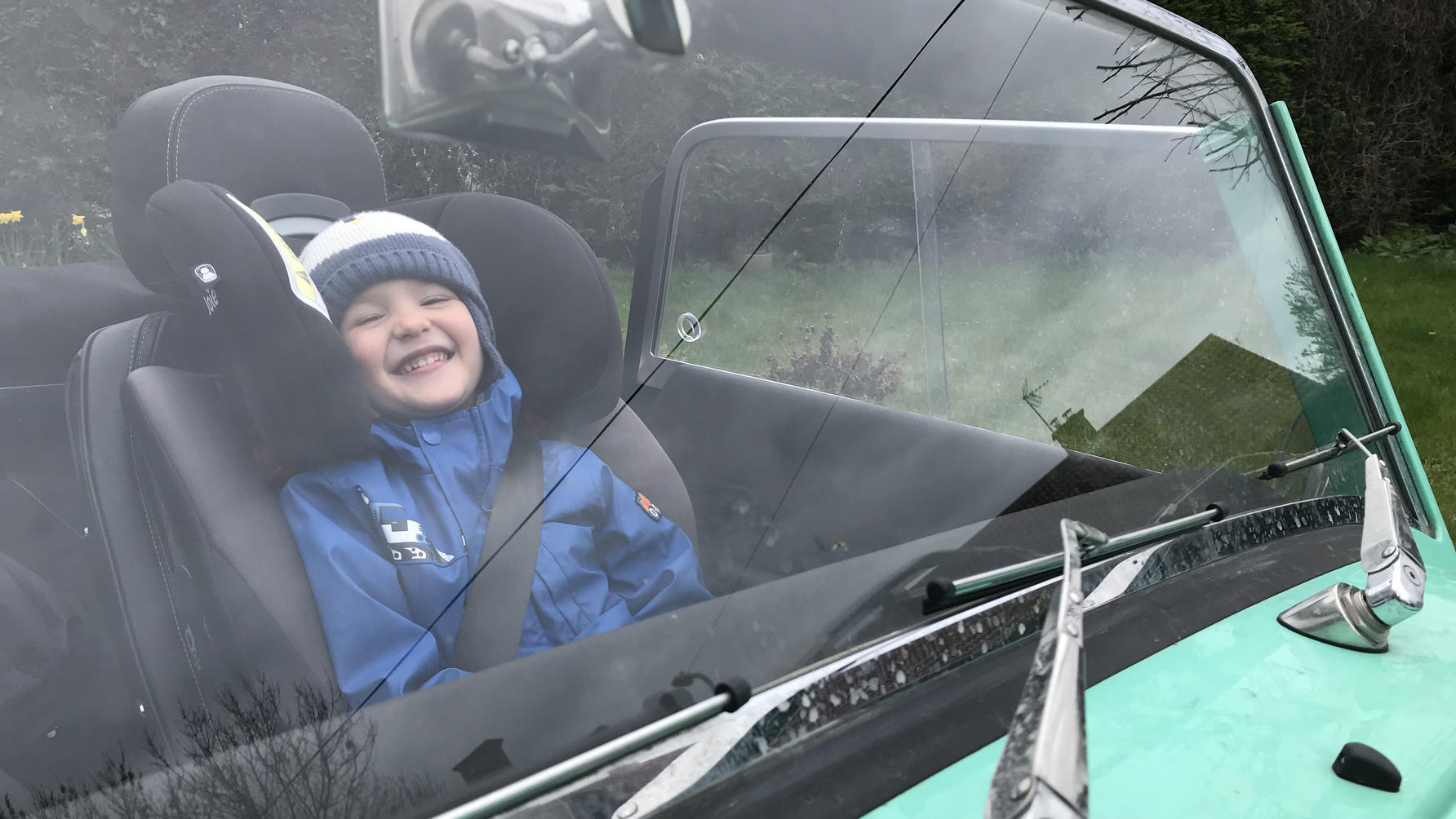